Why is May Mary’s Month?

In the Catholic Church the month of May is Mary’s month. It’s the month we honor Blessed Mary as the Mother of Jesus and our Heavenly Mother. If you attended Catholic school, you probably remember taking part in the “May crowning” in the beginning of May–where a wreath of flowers was placed on the head of the statue of Mary as prayers were said. As an older student you understood that this ritual was a way to show our love for Mary.

When you were in pre-school or kindergarten, you probably only remember it as a day you got to be outside! As an adult, have you ever stopped and wondered why May is Mary’s month? Why not April or June? With the arrival of May, we thought this is the perfect time to learn how this practice all began and to answer the question: “Why May?” 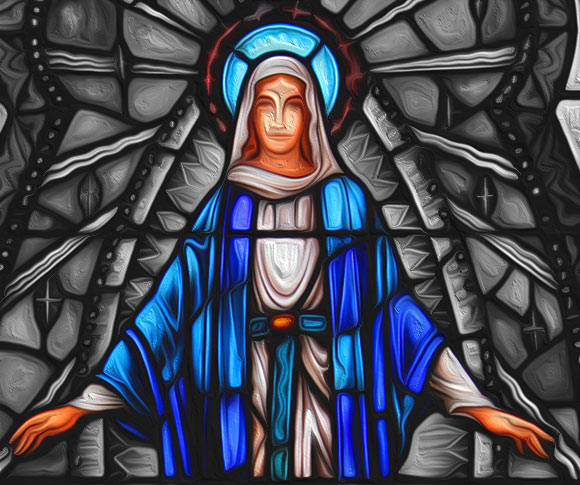 Historians aren’t exactly sure why May was chosen to honor Mary, but many believe that May being the month when spring is in full bloom has a lot to do with it. May is the height of spring–gardens everywhere are alive with blooming flowers and trees are filling their branches with leaves. This new beginning and new birth in nature reminds us of the life Mary gave to Jesus. Without Mary giving birth to Jesus, all the events that followed: Jesus’ life, death, and resurrection wouldn’t have happened. So, it’s believed that May (when nature is showing signs of life) is the ideal month to honor the woman who gave life to our Savior.

Another belief as to why May was chosen to honor Mary dates back to the ancient Greeks and Romans. In the ancient Greek world, May was dedicated to Artemis, the goddess of fertility and life. Roman culture linked the month of May to Flora, the goddess of bloom and blossoms. The Romans celebrated ludi florales (floral games) as a preparation for entering into the month of May and to celebrate the beginning of spring. (The month of May was the official beginning of spring in the Roman culture). Over time, the ancient tradition of celebrating life and fertility in the May led Christians to adopt May as the month to honor the Mother of Jesus.

When Did the Tradition of Honoring Mary in May Begin?

The custom of dedicating the month of May to Mary dates back to the 13th century. But it might come as a surprise to know that it wasn’t until the 18th century when this practice became popular. The practice became common among the members of the Jesuit Order in Rome. Because of the far reach of the order’s schools, the devotion took hold, and by the 1700’s it began to spread worldwide. 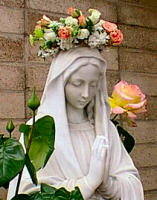 It’s a Catholic tradition to honor Mary during the month of May by crowning her statue with flowers. The reason why we crown Mary is best summed up by Pope Paul VI who wrote in 1965 that May is an occasion for a “moving tribute of faith and love which Catholics in every part of the world pay to the Queen of Heaven.” The crown symbol is attributed to Mary because she is the Mother of the Son of God, who is our Heavenly King.

Gift Ideas for the Month of Mary 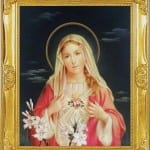 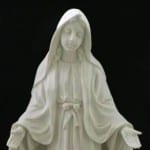 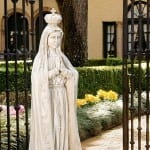 How Has Mary Changed Your Life?

In the comments below, tell us what Mary means to you in your life.