What is the Correct Meaning of Mary’s Immaculate Conception

The Feast of the Immaculate Conception is celebrated every December 8. It is considered a holy day of obligation or patronal feast and some countries even declare it a public holiday. As this date draws near, let us look back to the meaning of this doctrine to better appreciate its significance in our Catholic Faith.

What is the Immaculate Conception? 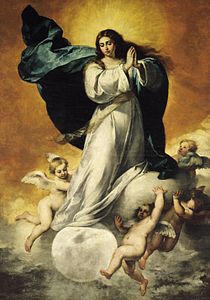 The Immaculate Conception is often confused with the Doctrine of Incarnation which is about the Virgin Birth of Jesus but these two are two separate doctrines. According to the Catholic Church, Mary was conceived through natural biological means in the womb of her mother, Saint Anne. However, her conception is different because God acted upon Mary’s soul and so it was kept immaculate and free from sin.

Mary the Mother of God

“In the sixth month, the angel Gabriel was sent from God to a town of Galilee called Nazareth, to a virgin betrothed to a man named Joseph, of the house of David, and the virgin’s name was Mary. And coming to her, he said, “Hail, favored one! The Lord is with you.”
-Luke 1:26-28

Mary was very close to Jesus Christ and it was this distinctive relationship that allowed her to receive the “fullness of grace” from God that let her become sinless. Without this God-given grace, Mary would not have been free from sin and would simply be just an ordinary woman.

When Mary said “yes” to be the mother of Christ, she also received the special privilege of being immaculate and sinless. As Catholics, we believe that God wanted a woman who was perfectly pure to give birth to His son.

The Bible is made up of stories of men and women who are chosen by God to fulfill His plan on earth. Mary is one of those significant people and it is through her that Jesus Christ was able to enter the world, become human and give us the precious gift of salvation. Through Mary, Jesus was able to share in our humanity, go through our struggles and ultimately sacrifice Himself to redeem us from our sins.

What the Bible Says 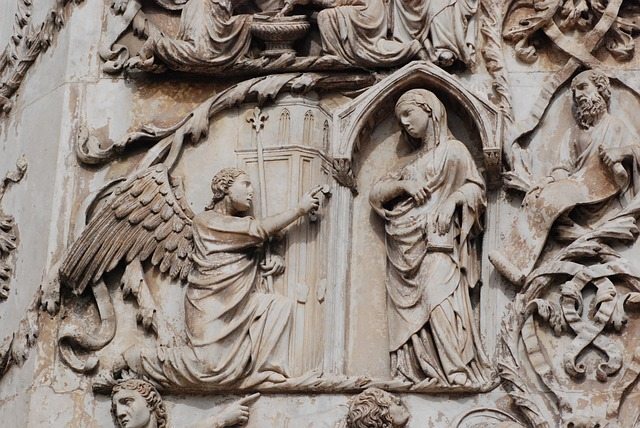 "And the angel said to her in reply, “The holy Spirit will come upon you, and the power of the Most High will overshadow you. Therefore the child to be born will be called holy, the Son of God."

When the angel proclaimed Mary to be full of grace, he was making a very powerful statement. To be filled with God’s grace meant being completely free from sin. Luke 1:28 is the only verse in the Bible that gives someone the significant title of being “full of grace.” The Gospel of Luke, particularly chapter 1, verse 35, also depicts Mary as the Ark of the New Covenant.

In the Old Testament, the Ark of the Covenant was the pure and holy vessel that contained the Ten Commandments or the Old Covenant. This vessel was so holy that no ordinary human could touch it without dying and it was housed in the Holy of Holies, a place that was accessible only to Jewish high priests.

Mary and the Ark of the Covenant are similar in that the same language used to describe the Old Ark as the “dwelling place” for God is once again used for Mary’s overshadowing by the Holy Spirit. Mary, as the New Ark, holds the New Covenant who is Jesus Christ in her womb. Therefore it makes sense to believe that in order to hold God in her very womb, Mary needed to be completely pure and immaculate.

What the Church Says 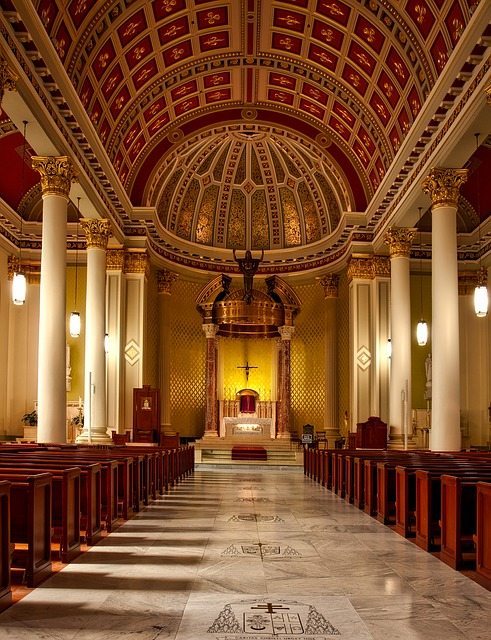 Notable religious figures like St. Augustine said, “Every personal sin must be excluded from the Blessed Virgin Mary for the sake of the honor of God.” Many other Church fathers have described Mary as being sinless and immaculate. This all shows that belief of the Immaculate Conception has been around since the formative years of the Church.

What is the personal significance of the Immaculate Conception in your life? How do you plan to celebrate the feast of Mary?