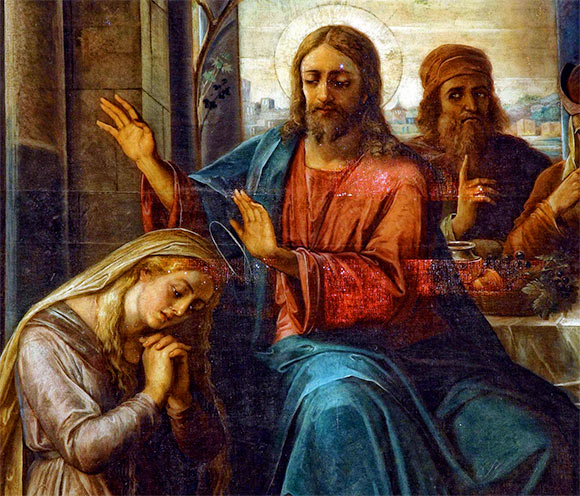 As with many figures in the Bible, Mary Magdalene’s life is up to much debate and interpretation. Mary Magdalene is often confused with another Mary—Mary of Bethany (sister of Martha and Lazarus) and is often believed to be the penitent woman who washed Jesus’ feet with her tears and hair.

After centuries of research, many historians have concluded that perhaps Mary Magdalene wasn’t the sinning prostitute we thought she was. So who was Mary Magdalene? What do the historians say? What is fact and what is fiction about her life? Let’s take a closer look.

Fiction: It’s believed that Mary Magdalene was from the city of Magdala, near Tiberius on the western shore of the Sea of Galilee. The name Magdalene refers to the name of the town where Mary was from.

Fact or Fiction: The Bible mentions St. Mary Magdalene was a prostitute

Fiction: This is a point of contention for many. After all, we all grew up learning that Mary Magdalene was a prostitute who later repented her sins and became a devout follower of Jesus. According to many historians, Mary Magdalene is mentioned in all four Gospels of the Bible, but not once is it stated that she was a prostitute.

Fact or Fiction: Mary Magdalene washed Jesus’ feet with her tears and hair

Fiction: It’s often believed that Mary Magdalene repented before Jesus for her “sinful life” by washing his feet with her tears and hair (Luke 7:36-50). 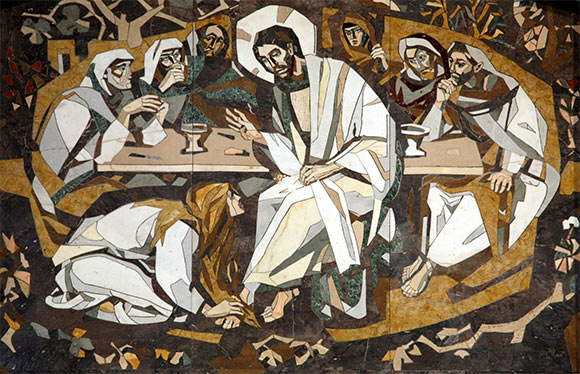 In those times, it was believed that a woman who led a “sinful life” was a prostitute or adulterer. Historians argue that Mary Magdalene’s name is never mentioned as the woman who washed Jesus’ feet. All that the verses say is, “A woman in that town who lived a sinful life learned that Jesus was eating at the Pharisee’s house, so she came there with an alabaster jar of perfume.

As she stood behind him at his feet weeping, she began to wet his feet with her tears. Then she wiped them with her hair, kissed them and poured perfume on them.” Since there is no mention of the woman’s name, scholars say they can’t say with certainty that the woman was Mary Magdalene. Mary Magdalene is also believed to be the adulterous woman who was saved by Jesus from being stoned to death (John 8:3-11). Again, there’s no mention of the adulterous woman’s name.

Why did so many believe Mary Magdalene was a prostitute?

Fact or Fiction: Mary Magdalene was with Jesus when He was crucified

Fact: In John 19:25, it states that at the time of Jesus’ crucifixion, “near the cross of Jesus stood his mother, his mother’s sister, Mary the wife of Clopas, and Mary Magdalene.”

Fact or Fiction: Mary Magdalene was the first person Jesus appeared to after His resurrection 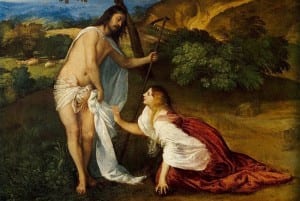 Fact: According to Mark 16:9-12, “When he had risen, early on the first day of the week, he appeared first to Mary Magdalene, out of whom he had driven seven demons. She went and told his companions who were mourning and weeping. When they heard that he was alive and had been seen by her, they did not believe.”

Although not much is known about Mary Magdalene and there’s much debate about her life, what we do know is that she holds a prominent place in the Catholic Church. She was one of the people to be with Jesus when he died, was buried, and was the first witness to the resurrected Jesus. She was a female disciple who played a vital role in spreading her steadfast faith in the risen Lord. St. Mary Magdalene’s feast day is July 22. She is known as the patron saint of apothecaries, contemplative life, converts, glove makers, hairdressers, penitent sinners, people ridiculed for their piety, perfumeries, pharmacists, reformed prostitutes, and sexual temptation.