Are you Ready for a New Year Challenge? 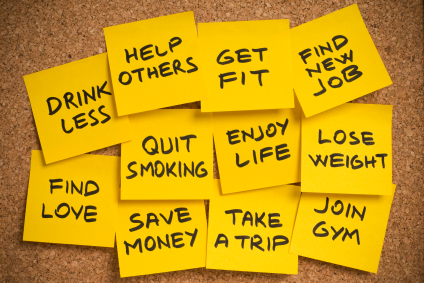 Although the liturgical calendar doesn’t celebrate New Year’s Day per se, we are often exhorted to “put on the new man.” In Ephesians 4:24, St. Paul tells us to assume a new nature as Christians.  This is not a trifling change we are called to make. The Apostle doesn’t say “put on a new garment” or “wear new shoes”….instead we are called to a whole new life!

It makes sense to take up this renewal and regeneration once a year. In the midst of winter, when snow covers much of the ground and the earth retreats into itself, we should take the time to make an inventory of our efforts to be holy—as Jesus said, “Be holy because  I am holy.” (1Peter 1:16).

I have often wondered about that word—“holy”.  So I looked it up! It comes from the Old English word hāl  which literally mean “whole” and the word “health” also has the same derivation.  So holiness really means to be healthy and whole from a spiritual perspective. That is certainly what it means to put on the new man.  We need to patch up the places where virtue has been lost; re-commit to prayer and the sacraments; fix the relationships that are broken; start a new life devoted to faith.

It makes me think of my grandfather, John Aubry. Every year during my childhood, my mom would talk about what Christmas meant to her.  She lived through the Great Depression, during a time when my grandfather worked for the railroad line that came through Moline, IL. There were times when there wasn’t a lot of food and there was certainly no money for gifts. But my grandfather had a Santa Claus physique and attitude. He was jolly no matter what was happening in the world.

At Christmas time he scoured the dumpsters behind stores and asked around among the neighbors. Then he brought home piles of broken and mutilated toys. These he carefully twisted and soldered. He painted and polished, while humming tunes to himself. Soon, he had a supply of shiny, new-looking gifts. And that’s what my mom and the needy children of the area received for Christmas! The children felt they were receiving treasures!

John Aubry had many qualities of holiness. He was charitable, kind and joyful. And he showed these qualities because of the outward difficulties of life.  He refrained from negativity and worked toward peace instead.  And he was committed to his faith in every way. Those are godly qualities.

To be whole and totally Christian, is to be disciplined by virtue and devoted to the sacraments. We need the food of angels, the Bread of Life (Eucharist); we need the health that comes from cleanliness of spirit (Confession); we need the words of healing (Scripture and Prayer.) This is a good time to begin anew.

Take the challenge: Put on the new self in the New Year!

Did Your Faith Make it on Your New Year’s Resolution List?