Prayers to Saint Joan of Arc

Saint Joan of Arc is the patron saint of Soldiers and France. England controlled most of the land that is now France in the early 1400s. At this time, Joan of Arc was a farm girl who was appointed by Saints Margaret of Antioch, Michael the Archangel, and Catherine of Alexandria to find the true king of France. She led an army to defend France, and when she was captured the new King Charles made no move to rescue her. She was burned at the stake after being accused of witchcraft. She was later cleared of all charges.

Prayer to Saint Joan of Arc

Protect yourself and your loved ones with this medal and prayer card set! 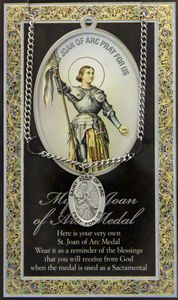 Prayer to Saint Joan of Arc

Most extraordinary soldier, you insistently
proclaim "Let God be served first!" You
began by winning many victories and received
the plaudits of princes, but then you were
given to the enemy and cruelty put to death.
Instill in us the desire to serve God first and
perform out earthly tasks with that idea ever
in our minds.
Amen.

This medal and prayer card set can serve as a daily reminder to serve God first. 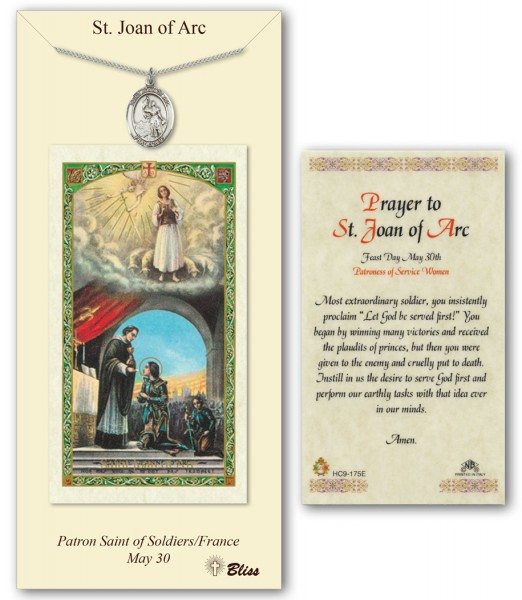 Take a look at Saint Joan of Arc products here