St. Frances Cabrini — First US Citizen to Become a Saint 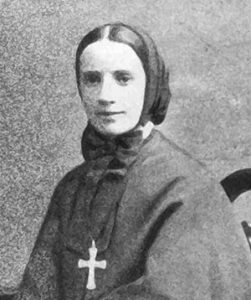 St. Frances Cabrini First US Citizen to Become a Saint

November 13 is the day the Church celebrates the feast of St. Frances Xavier Cabrini. Often described as frail and diminutive, St. Frances Cabrini achieved much in her 67 years and leaves behind an impressive resume of accomplishments, including founding the Missionary Sisters of the Sacred Heart and establishing nearly seventy orphanages, schools, and hospitals, throughout Europe, North, South, and Central America. In 1946 she became the first naturalized US citizen to be elevated to sainthood. Each Catholic saint leaves their special mark on the church. Let’s take a look at the life of St. Frances Cabrini—the patron saint of immigrants—and the indelible mark she leaves behind.

The Life of Francesca Cabrini

Francesca Cabrini was born on July 15, 1850, in the village of Sant’ Angelo in the Lombardy region of Italy. The tenth of eleven children, Frances’ road to a religious life was paved at an early age. Her father, Agostino, was deeply devoted to his faith and hoped to instill his beliefs in his children. He would often read stories about missionaries to his children, which had the most impact on young Frances. In her free time, she would pretend her dolls were nuns serving the underprivileged. When she would visit her uncle, a priest who lived near a canal, she would craft paper boats and place violets in them. The violets were her “missionaries” that she would sail off in her paper boats to tend to the poor in “faraway lands,” such as India and China. 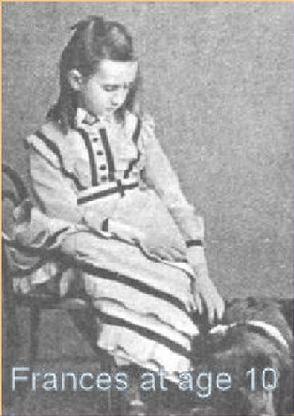 At 18, Frances received her teaching certificate and applied for admission to the Convent of the Daughters of the Sacred Heart in the hopes of teaching in the Orient. Her application was refused on account that at the time she was suffering from poor health. The nuns feared she wouldn’t be able to handle the rigors of travel and the demands of teaching in poor countries. Frances decided she would devote her life to lay service, instead. As time went by, Frances’s health greatly improved and her ambitious personality and her passion for serving others was noticed by many. She tried reapplying for admission into the same convent, yet again was refused. The reason? Father Antonio Serrati, the rector of the parish the convent belonged to, believed her talents should go beyond the walls of the convent and the small town she resided. He had more ambitious plans for Frances and sent her to the nearby town of Cadogno, where she would be in charge of restructuring an orphanage (named House of Providence) that was in total disarray.

At the age of 24, Frances was faced with a huge undertaking, yet she worked quietly and diligently for the next six years and successfully reestablished a thriving orphanage. During this time, she took her vows and finally became a nun. Frances added Xavier to her name, in tribute to the Jesuit, Francis Xavier, who evangelized in the Orient. But Frances was met with many challenges, including jealous opposition from the founder of the orphanage—a wealthy laywoman. Eventually the orphanage was shuttered, believed in part due to the erratic behavior of the founder. Frances and seven other nuns were now homeless.

Always unwavering in her faith, and living according to her personal motto: “I will go anywhere and do anything in order to communicate the love of Jesus to those who do not know Him or have forgotten Him,” Sr. Frances was on to her next mission.

“I will go anywhere and do anything in order to communicate the love of Jesus to those who do not know Him or have forgotten Him,”

The bishop of the town of Lodi sent for Sr. Frances and asked her to establish a missionary order for women to serve in his diocese. She gladly accepted and moved into an abandoned building with several nuns and soon began receiving orphans, established a school, and eventually named the order of the growing nuns she trained, the Missionary Sisters of the Sacred Heart. From that moment on, St. Frances Cabrini’s life work of establishing orphanages, schools, and other institutions throughout the world began.

The Success of the Missionary Sisters

The success of the Missionary Sisters of the Sacred Heart was tremendous and word soon spread throughout the region of Mother Cabrini’s (as she became known) talents and intrepid personality. At the request of many, she established another mission in the town of Cremona and a boarding school for girls in Milan. Within seven years, seven institutions of various kinds, each founded to meet some critical need, were in operation, all run by nuns trained under Mother Cabrini. Funding these institutions was difficult, yet Mother Cabrini and her nuns worked tirelessly to raise money—from teaching needlework and selling embroidered fabrics, to tutoring children. 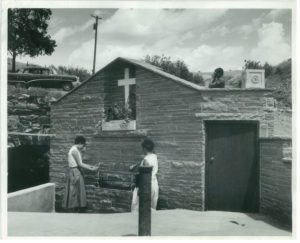 Even with all of her successes and many responsibilities, Mother Cabrini still felt the need to fulfill her desire of becoming a missionary in a faraway land. It was during this time (the late 1880s) that many Italians were immigrating to the US and South America in the hopes of leaving the poor conditions of their native land for a better life in the “New World.” Yet, as was typical of new immigrants, the Italians endured much cruelty and difficulties in their attempt at establishing a new life. A bishop in New York wrote to Mother Cabrini describing the prejudices and poor living and working conditions the immigrants were subjected to, and urged her to help by establishing a mission in New York to help the poor Italian immigrants. Satisfied that her institutions in Italy were thriving, Mother Cabrini set off along with a few nuns to New York to continue her missionary work in a “faraway land.”

Going Door to Door to Help Those In Need 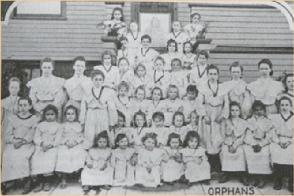 With the help of a wealth Italian woman, Mother Cabrini was able to purchase a home, refurbish it, and began tending to immigrants in need. Soon they started taking in orphans. Setting up an orphanage was one thing, running it was another. Feeding and clothing the growing number of orphans was a challenge. Mother Cabrini and the nuns soon became familiar figures in the Little Italy section of New York going door-to-door and from store-to-store asking for any donations of food or money. Mother Cabrini spent the next several years traveling back and forth from Italy and New York tending to each institution, school, and orphanage making sure everyone’s needs were being met. Her energy was boundless and her desire to do God’s will of helping the poor, the orphans, or anyone in need was unwavering.

As more nuns eagerly joined her order, Mother Cabrini continued to reach out to those in need. Whether she was setting up a dormitory for poor students in Rome, or establishing a home on the west bank of the Hudson in New York for destitute immigrants, Mother Cabrini and her team were unstoppable.

Over the next several years, armed with her deep faith and willing groups of nuns, St. Frances Cabrini founded an all-girls school in Nicaragua as well as schools in Argentina, Panama, Paris, England, Brazil, and Spain; set up housing for the poor Italian immigrants in New Orleans, Louisiana; founded an orphanage and school for the children of Italian immigrants working in dangerous mines in Colorado; and established hospitals in New York, Chicago, and Seattle.

In 1909, while in Seattle, Washington, Mother Cabrini fulfilled her desire to become an American citizen. Like a bird always in flight, Mother Cabrini lived the rest of her days traveling between the US, Europe, and Central and South America serving those in need. Mother Cabrini died suddenly on December 22, 1917 while making preparations for a children’s Christmas party at the Columbus Hospital in Chicago.

St. Frances Cabrini was canonized a saint on July 7, 1946. The remains of the tiny woman, who realized her dream of tending to the needy in faraway places, are housed at the St. Frances Xavier Cabrini Shrine in New York City.