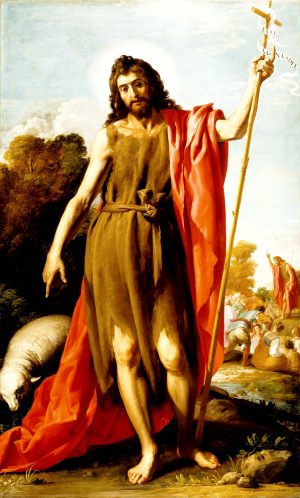 Saint John the Baptist is an important figure not just in the Catholic Faith but in different world religions. The patron saint of baptism, bird dealers, converts, lambs, monastics, printers, tailors and more, he is honored as a priest, prophet, saint and a forerunner of Jesus Christ. The exemplary life and ministry of John the Baptist offers a treasure trove of lessons for how we can live as Christians and practice our Catholic Faith. Let us revisit his story so that we may glean insights from his example.

Saint John the Baptist was born in the late first century BC somewhere in Judea. His birth was nothing less than miraculous because his mother, Elizabeth, was too old to bear children. 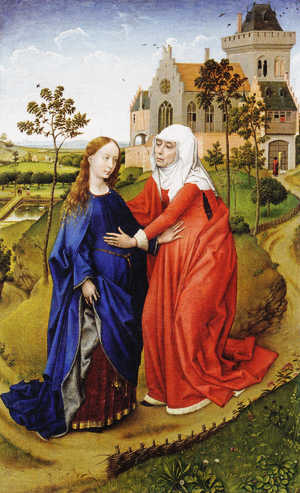 The Angel Gabriel visited Elizabeth and her husband, Zechariah, and gave them the good news that they would have a son and that they are to name him John. Zachariah did not believe this was possible and for this lack of faith he was rendered mute. He only spoke again when his son was born and named John, all in fulfilment of God’s will.

During those days Mary set out and traveled to the hill country in haste to a town of Judah, where she entered the house of Zechariah and greeted Elizabeth.When Elizabeth heard Mary’s greeting, the infant leaped in her womb, and Elizabeth, filled with the holy Spirit, she cried out in a loud voice and said, “Most blessed are you among women, and blessed is the fruit of your womb.And how does this happen to me, that the mother of my Lord* should come to me? For at the moment the sound of your greeting reached my ears, the infant in my womb leaped for joy.Blessed are you who believed* that what was spoken to you by the Lord would be fulfilled.”  Luke 1:39-45

The Ministry of John the Baptist

John the Baptist was well known as a contemporary of Jesus Christ. He was well known for his public ministry which began around 30 AD. He was active in the region of the lower Jordan Valley and would attract large crowds across the province of Judea and the Jordan River.

John the Baptist wore a camel hair robe which was the traditional clothing of the prophets. He also ate locusts and wild honey which either represented his strict compliance to Jewish Purity Laws or the ascetic lifestyle of the Nazarites.

The message that John the Baptist preached was that God’s judgement upon the world was imminent and to prepare for this coming judgment, people must repent their sins, be baptized and live virtuously.

He had a close inner circle of disciples who followed his teaching and his followers stood out for their devoted fasting and special prayers.

The Baptism of Jesus Christ 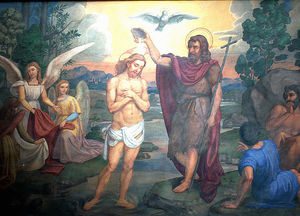 Jesus went to John the Baptist in the River Jordan in order to be baptized. After the baptism of Jesus, the heavens opened and the Holy Spirit descended upon him like a dove.

Then Jesus came from Galilee to John at the Jordan to be baptized by him.John tried to prevent him, saying, “I need to be baptized by you, and yet you are coming to me?”Jesus said to him in reply, “Allow it now, for thus it is fitting for us to fulfill all righteousness.” Then he allowed him.After Jesus was baptized, he came up from the water and behold, the heavens were opened [for him], and he saw the Spirit of God descending like a dove [and] coming upon him.And a voice came from the heavens, saying, “This is my beloved Son,* with whom I am well pleased.”  Matthew 3:13-17

Jesus considered John the Baptist the last and greatest of the prophets and as someone who foresaw the coming of God’s kingdom.

The Death of Saint John the Baptist 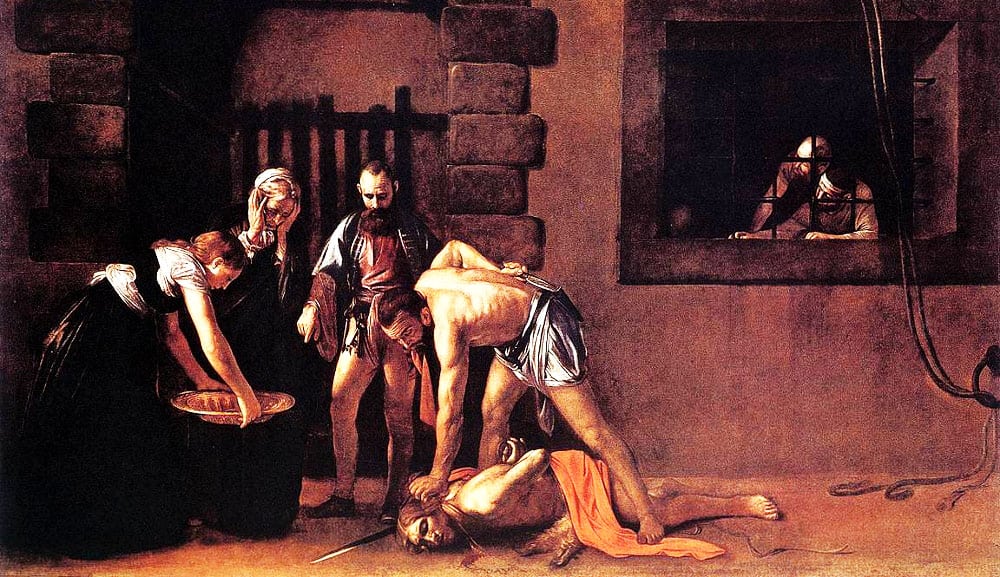 Saint John the Baptist became even more popular after he baptized Jesus Christ. This alarmed King Herod, the ruler of Galilee and central Transjordan, who ordered the prophet to be arrested and imprisoned.

John spoke against Herod’s marriage to Herodias, his half-brother’s divorced wife, after divorcing his own first wife, the daughter of King Aretas IV of the Nabataeans. This was illegal in light of Jewish Law. John’s condemnation of Herod’s marriage presented a political threat as Herod feared that this would stir his subjects to oppose him.

John the Baptist was beheaded sometime between 33 and 36 AD. This happened after Herod asked his daughter, Salome, to make any request. As revenge for John the Baptist’s condemnation of her mother’s marriage, Salome asked for John’s head.

The feast day of John the Baptist is June 24 and the anniversary of his death is on August 29.

Lessons from the Story of Saint John the Baptist

John’s unwavering faith in Jesus Christ is something that all of us should emulate. He could have believed and worshipped in any other pagan gods before Jesus’ arrival and yet he remained steadfast in his faith that the one true Messiah was coming. He remained faithful in the midst of doubt and possible persecution from people who did not share his beliefs.

John’s mission and ministry are also inspiring reminders that we should live out our faith.

The good news of salvation must be preached and practiced not just on Sundays but in every second of our lives.

We must be good examples to the people around us. Our lives are our ministry and a testament of how deep our faith truly is.