St. John Marie Vianney was a priest who Pope Pius X proposed as a model of parochial clergy for his extraordinary devotion and life which he committed to the church ministry. In time for his feast day, which we celebrate on August 4, let’s revisit his inspiring and thought-provoking story. 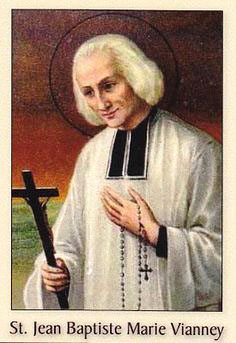 The Early Life and Education of St. John Marie Vianney

St. John Marie Vianney was born on May 8, 1786 in the French town of Dardilly, France. He was the fourth child in a humble family of six children born to Matthieu Vianney and his wife, Marie. The Vianneys were devout followers of the Catholic Faith and helped the needy. Marie was responsible for leading St. Vianney into the religious life.

The turbulence of the French Revolution marked St. Vianney’s childhood. The anticlerical zeitgeist of the times made it a dangerous time for religious people and many priests were forced into hiding. They conducted their ministry in secret, risking their lives in the process.

The Vianneys journeyed to distant farms just to attend Mass facilitated by these priests. These extraordinary circumstances and the priests’ courage deeply touched the young St. Vianney who began to look up to the priests as heroes.

St. Vianney received his first communion when he was 13 years old in a private home conducted by two nuns whose communities had been dissolved during the Revolution.

In 1802, Napoleon Bonaparte reestablished the Catholic Church in France and, at this time, Vianney wanted to pursue a religious education. His father allowed him to leave the family farm in order to study at a school for ecclesiastical students that the cure of Ecully, M. Balley, had opened.

Because the French Revolution had interrupted his early education, St. Vianney struggled in his studies especially Latin. But his deep determination to become a priest let him prevail over his difficulties.

His education was once again interrupted in 1809 when he was drafted into Napoleon’s army. Two days after St. Vianney was expected to report at Lyons, he fell ill and required medical care. He was left behind by his draft as a result of his hospitalization.

Life in the Mountains

After he was released from the hospital, St. Vianney was sent to Roanne for another draft but got left behind again when he stopped by a church to pray. At this point, he met a young man who offered to help guide him back to his group.

This meeting marked the beginning of a significant event in St. Vianney’s life when the young man led him to a group of deserters who had gathered in the village of Les Noes deep in the mountains of Le Forez. The harsh winters isolated Les Noes and this protected the deserters from surveying gendarmes.

St. Vianney lived in Les Noes for 14 months and assumed the name Jerome Vincent. As Jerome Vincent, he opened a school for the village children. On March 1810, he was able to return to Ecully and resume his ecclesiastical studies when an imperial decree granted amnesty to all deserters.

St. Vianney attended a minor seminary at Verrieres-en-Forez and was later sent to the major seminary at Lyons in 1813. He still struggled with his schooling but Abbe Balley persuaded the Vicar general that St. Vianney’s extraordinary piety made up for his limitations.

St. Vianney was finally ordained a priest on August 12, 1815 in the Couvent des Minimes de Grenoble and celebrated his first mass the very next day. He was also appointed Abbe Balley’s assistant.

When Abbe Balle passed away three years later, St. Vianney was appointed parish priest of the town of Ars. This opened his eyes to the sordid state of the community of 230 people. The spirit of the Revolution had made many people ignorant or indifferent toward religion and caused them to behave in debauched ways. People used God’s name in vain, danced and drank in taverns and worked in their fields during Sundays.

During the course of his assignment in Ars, St. Vianney strived to transform his town spiritually. He vehemently preached against blasphemy and paganic dancing and refused to give absolution to parishioners who did not obey.

It took St. Vianney 10 years to bring spiritual renewal to Ars but his perseverance resulted in greater attendance in his church and the people turning away from their vices. The town taverns started closing down and domestic quarrels became less.

St. Vianney found joy in teaching the children their catechism and taught people love for the rosary. Together with Catherine Lassagne and Benedicte Lardet, he founded La Providence, a home for girls. 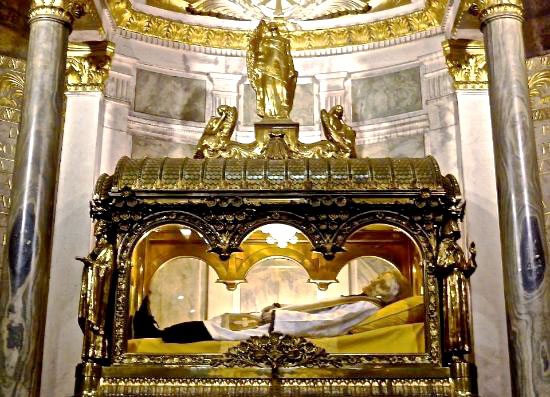 St. Vianney started drawing pilgrims who sought his advice. By 1855, about 20,000 people would visit him, seeking his counsel. In the last ten years of his life, he would spend 16 to 18 hours per day in the confessional.

St. Vianney was canonized in 1925 by Pope Pius XI and was made the patron saint of parish priests. His feast day was added to the General Roman Calendar to be celebrated on August 9. This date was later moved to August 4, the day of his death.

The life and vocation of St. John Marie Vianney shows us the importance of our role in the spiritual transformation of our communities. St. Vianney was able to transcend over his limitations and humble beginnings to become an exemplary priest who changed his town and even the world.

Pray to Saint John Vianney for intercessions and keep him close with one of these beautiful gifts. 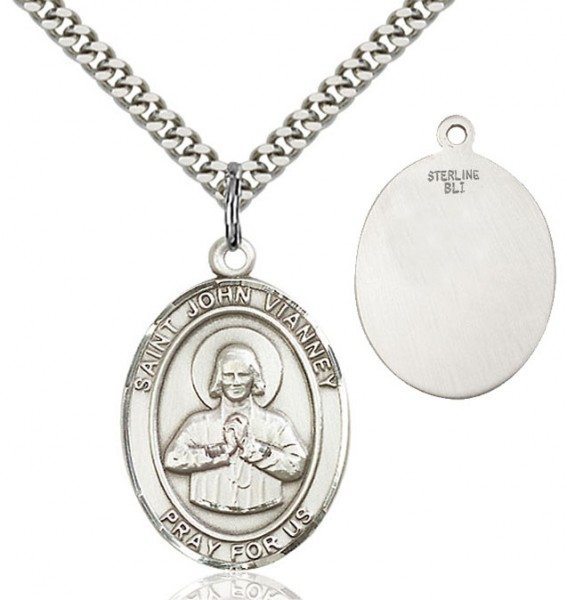 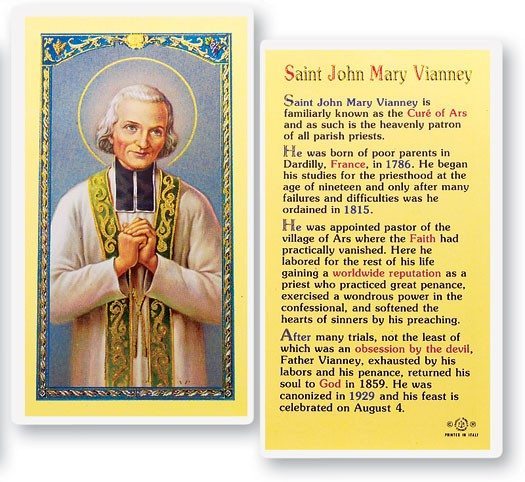 Do you know an inspirational priest?

How do they inspire you?