2017 is the Centennial Celebration of the Apparition of Fatima 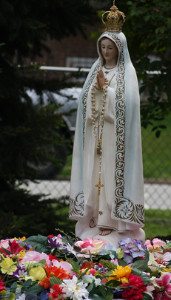 The Apparition of Fatima was a miraculous incident that took place between May 13 and October 13, 1917 in which the Blessed Virgin appeared to three shepherd children. Let’s look back to this wondrous miracle as we commemorate its 100th year anniversary.

​The Apparition of Fatima

On the spring of 1917, Lucia Santos and her cousins Jacinta and Francisco Marto reported seeing apparitions of an angel. The first appearance happened on May 13, 1917 and it would mark the beginning of a series of miraculous events known as the Apparition of Fatima.

The Blessed Mother appeared in Fatima, a little village in Portugal which had remained faithful to the Catholic Church in the midst of recent political persecutions. This was a time of widespread terror and turmoil and the children urged that prayer would finally end the Great War. The Blessed Virgin Mary appeared a total of six times to them.

The Catholic Church has declared the Apparition of Fatima as worthy of belief and it commemorates the event every May 13.

The Message of Fatima

Our Lady came with an important message from God for every man, woman and child. The message was about a promise of peace for the whole world and salvation for many souls if people listened and obeyed to the requests of Our Lady of Fatima.

Our Lady of Fatima’s message is filled with anguish and concern as she knows that we are living in perilous times. We are all in grave danger and she is here to help us and offer her wise advice. Her message is also part prophecy that will soon take place in the world depending on our response to it.

War, according to the Blessed Virgin, is one of the punishments of sin. Aside from conflict, God would rebuke the world through hunger, persecution of the Church and of the Holy Father, the Pope. All of this would come to pass unless we would live in accordance to God’s commands.

Pope John Paul II described the message of Fatima as “more relevant and more urgent” in our current times than when Our Lady first appeared.

Top 10 Things We Need to Know About Fatima

The Miracle of Fatima

Our Lady told the three shepherd children that God would perform a miracle so that the people would believe in the apparitions. Lucia, Francisco and Jacinta prophesied the date, time and place that the miracle would occur in the name of the Blessed Virgin. About 70,000 people witnessed the miracle of Fatima on October 13, 1917.

The astounding phenomenon involved the sun which was said to have danced on that day. All the people who attended could perfectly stare at the sun without blinking or even hurting their eyes. As they watched the sun, it suddenly rotated, changed in size, moved close to the people and then moved far away again.Every single person who was at the site testified to seeing the sun dance. Even non-believers who were in attendance dropped down to their knees to repent and beg for forgiveness.

To this day, Our Lady of Fatima continues to perform miraculous wonders. One example is the Fatima water which is known for healing different illnesses and helping people in poor health. The Bishop once told people to dig near the location where Our Lady appeared at the Cova de Iria (the Cove of Peace) in Fatima.

Water sprang up at the spot and now it is sent from the town of Fatima to different parts of the world. Many people also go on pilgrimages to Fatima in order to experience the healing wonders of the Fatima water.

100th Year Anniversary of the Apparition of Fatima 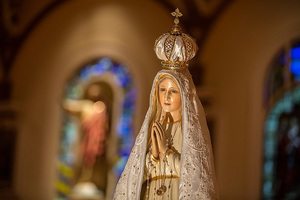 The year 2017 is the centennial celebration of the apparitions of the Blessed Mother to the three shepherd children. The message of Fatima reminds us of many important truths at the heart of the Catholic Faith including the Trinity, the Eucharist, penance, the Rosary and sacrifices for the conversion of sinners.

Her message reminds us that there is hope for humanity and that, despite all the terror and trouble taking place in our times, we can still change the world for the better. We need to trust in God and pray to him for deliverance. Above all, we must continually strengthen our faith and live each day with gratitude, compassion and humility.

Fatima is one of the most significant of all Marian apparitions. We honor this miraculous event with a feast day on May 13, in the same way that we honor two other important Marian apparitions: Guadalupe on December 12 and Lourdes on February 11.

On May 13, 1981, the same day as the first Fatima apparition, Pople John Paul II survived an assassination attempt in St. Peter’s Square. The Pope credited his survival to the intervention of Our Lady of Fatima. The assassin’s bullet is now inserted in the crown worn by Our Lady which is housed in the Fatima Shrine. Fatima is also linked to the fall of Russian communism more than 25 years ago.

The 100th anniversary of the apparition drew in multitudes of faithful devotees all eager to show their love for the Blessed Mother through pilgrimages, celebrations and other expressions of faith. This is indeed a singular event not just in history but also in our personal lives as Catholics. How did you commemorate the meaningful miracle of Our Lady of Fatima? 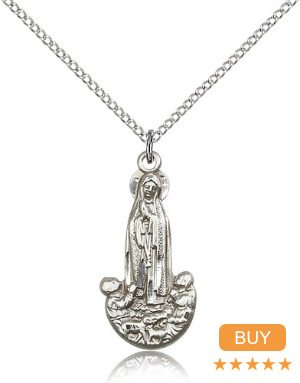 Our Lady of Fatima Medal 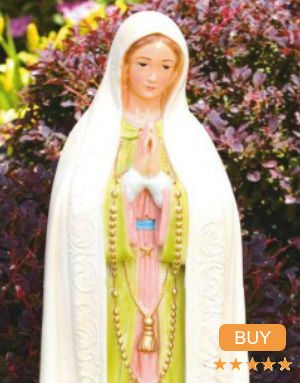 Our Lady of Fatima Statue 24 Inch 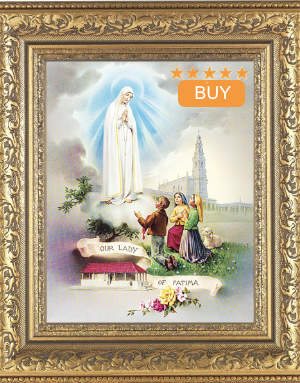 Our Lady of Fatima Framed Print 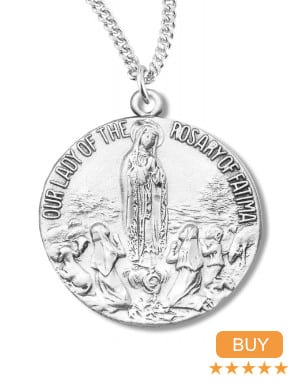 Our Lady of the Rosary of Fatima Medal Sterling Silver

​Top 10 Things You Need To Know About ﻿﻿Fatima

The 6 Apparitions of Fatima

The Fatima Century: Lethal and Blessed​

Why Did Mary Appear to Children at Fatima?​

What is the Correct Meaning of Mary’s Immaculate Conception