Back to School Lesson 1: Money Can’t Buy Me Love (or Happiness) 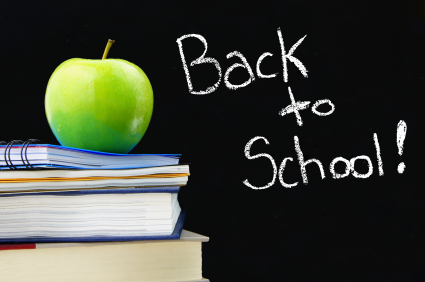 Here in New Mexico it is officially Back-to-School time at every store.  New trinkets, “Design your Locker” sets, teacher bribery items and kid clothes that get sexier every year.  Stores will take any turning of the calendar as occasions to ramp up the “gimmey, gimmies, plea-z-z-” in our kids!

What’s a mother to do? Society tells our kids they won’t be happy unless they have the “latest.” I remember when one of those big-eyed, diabolical card games was the fad at the local public school. They were in every kid’s backpack and hiding in most of the kids’ desks. My son was in third grade and came home pleading, “Everyone has them Mom. Everyone!”  He had that look of desperation in his eyes. You know the look. It works on a mother’s heartstrings.

But I just couldn’t let him “buy” into the message that this fad was synonymous with happiness. So I cut some nice cardstock into the size of playing cards. I rounded the corners and brought out pencils and my very best set of beautiful permanent markers. “Make hero cards,” I told him. “Make up your own game!”

He took to that idea like a fish takes to water! For the most part, that was a turning point. He’s been a pretty independent thinker ever since!

But I can’t say it’s always that easy. The temptations are strong and pressures bombard our kids from every direction.  If a Catholic school existed near where we live, I would jump at the opportunity for my kids to attend!  I’ve been a substitute teacher in both Catholic and public schools and I can tell you—there is a difference!  But those schools, where Jesus can be openly discussed as our role model, are too far away for us.

So what’s a Catholic parent to do to be ready for Back-to-School time?  As far as all the tempting stuff at the stores goes, we parents need to stay strong so we send the right message. The first Back-to-School lesson is, “Money can’t buy me love.” I try to communicate this by posting notes on the bathroom mirrors: “My dearest children, The stuff on store shelves is a fad. It’s elaborate packaging. But when you open it up, there’s not much to it. The truth is that ‘stuff’ will not bring you happiness or love. It’s shallow. Let’s look elsewhere.”

We use the code word “packaging”—that means that the store stuff looks good on the outside but it has no real substance. We try to keep all eyes focused on the necessities. As an alternative, it’s so-o-o-o easy to be creative and original instead of spending money on fads. We decorate notebook and add to backpacks!

Prayer is absolutely necessary at this time. I try to imagine the kids being wrapped in Mary’s mantle. And our Catholic sacramentals are wonderful additions to a lunch box, a backpack or a chain for around the neck. We can send them with the kids wherever they go.

Sacramentals aren’t “charms.”  But they remind us that our real treasure is not earthly!  Our real treasure is the Love and Mercy of Jesus; the Motherly protection of the Blessed Mother and the Light-filled guidance of the Holy Spirit!  So I like medals and holy cards a lot!

I tell the kids “Be Creative. Be Original. Be a Trend-setter not a Trend-follower!”

That’s what honors God. And that’s how to be truly ready for school.

How to Keep the Faith Alive in Young Catholics After Confirmation

5 Excuse-Proof Ways to Getting to Sunday Mass