Why the Church Celebrates the Feast of Christ the King

Each year the Church celebrates the Feast of Christ the King on the last Sunday before Advent, also known as the last Sunday of the liturgical year. As Catholics, we’ve been recognizing Christ as our King for over 2,000 years. Each time we attend mass, genuflect in front of the altar, or receive a sacrament, we are honoring our King. So why do we have a special day set aside to remember our King? The man who holds the answer is Pope Pius XI who, in 1925, was compelled to institute this feast. 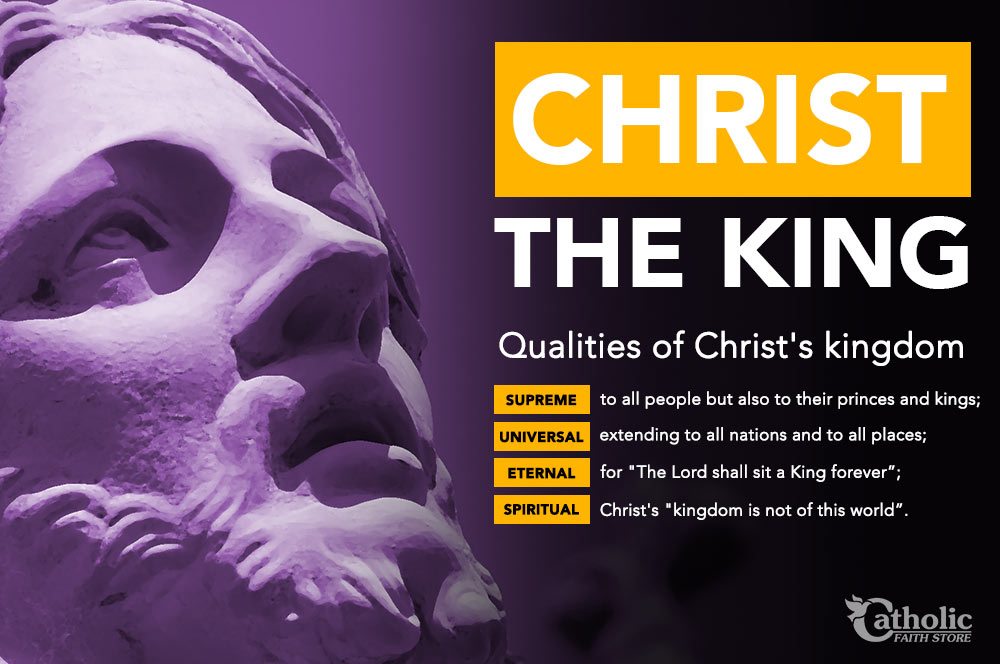 At the time of Pope Pius XI’s papacy, the world was in turmoil. In many regions, people were facing the spread of dictatorships. These dictators had a stronghold on their countries and many people following them, regarded them as mighty, almost idol-like beings. In addition, the threat of secularism, atheism, and agnosticism was running rampant throughout parts of Europe, Russia, and Mexico. Pope Pius XI witnessed with great heartbreak a lack of reverence and belief in Christ. He felt a strong need to put a stop to the anti-Catholic sentiment that was becoming a crisis during the first part of the 20th century. On December 11, 1925, the pontiff presented an encyclical, Quas Primas, establishing the Feast of Christ the King. He stressed that

“The manifold evils in the world are due to the fact that the majority of men have thrust Jesus Christ and his holy law out of their lives; that these had no place either in private affairs or in politics…”

He went on to explain the importance of recognizing Christ as King:

“He [Jesus] is the author of happiness and true prosperity for every man and for every nation. A nation is happy when its citizens are happy. What else is a nation but a number of men living in concord? If therefore, the rulers of nations wish to preserve their authority, to promote and increase the prosperity of their countries, they will not neglect the public duty of reverence and obedience to the rule of Christ… With authority derived not from God but from man, the very basis of that authority has been taken away, because the chief reason of the distinction between ruler and subject has been eliminated. The result is that human society is tottering to its fall, because it has no longer a sense and solid foundation.”

When Pope Pius XI speaks of Christ as King, he isn’t speaking about authority or domination, but service. Jesus’ kingship is one that represents salvation, one that annihilates hatred and evil. He doesn’t want to control us, He wants to save us. He speaks of a spiritual kingdom. “My kingdom is not of this world… But now my kingdom is from another place.” (John 18:36) While governments and leaders around the world crumble throughout history, Christ’s reign will never fall.

Today, just as in 1925, our world continues to experience turbulent times. In addition to political unrest and ongoing threats of wars, people are becoming increasingly more secularized and more materialistic. Church attendance throughout the world is also on the decline. Many people are pushing Christ aside as they tend to more “important” matters. Some may not even realize they are doing it. We live in a society where many individuals are caught up in their own lives, with getting their own needs met and focusing on wealth and possessions. The Feast of Christ the King is a wakeup call for all of us, to stop and assess our lives. Are we including our faith in all the decisions we make? Do we only remember to pray when we need something? When we attend mass do we actively listen to the Scripture readings and reflect on the messages? When we genuflect, do we do it with meaning and awe, or are we only going through the motions?

This year, the Feast of Christ the King is November 23. Let the words of Pope Pius XI resonate with us: 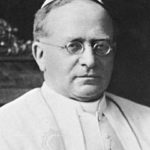