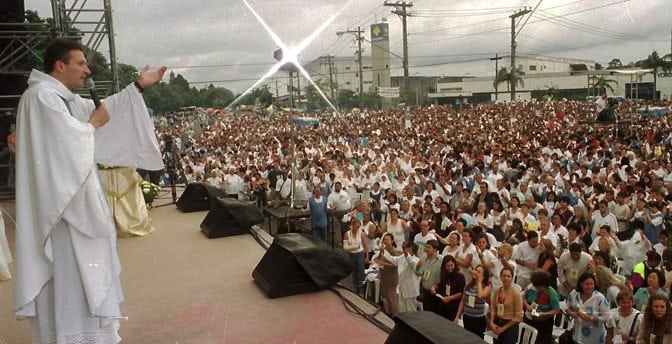 The Catholic Church encourages us to build a personal relationship with Jesus Christ and live out the gifts of the Holy Spirit through a spiritual movement known as the Charismatic Movement. When the Holy Spirit came to the disciples during Pentecost, he presented gifts that they could use for sharing the good news of salvation and building the Kingdom of God. These gifts include speaking in tongues and healing of the sick.

The Biblical Foundation of the Charismatic Movement

In about 33 AD, Jesus told his disciples to await the “promise of the Father” in Jerusalem. He also told them that they would be “baptized in the Holy Spirit.” The disciples then reverently prayed together for the next nine days.

On the ninth day, the Holy Spirit came to the disciples and gave them gifts that would help them live according to the teachings of Jesus Christ. These gifts would also help keep them steadfast in the midst of a hostile and sinful world.

Through the Holy Spirit, the Church has grown from a small and close-knit group of believers into the most influential and miraculous community in the world. Even until contemporary times, God continues to touch the hearts and souls of people through the work of His children.

The Charismatic Movement is one manifestation of this and a powerful means for the Catholic Church to keep the passion of the people alive. 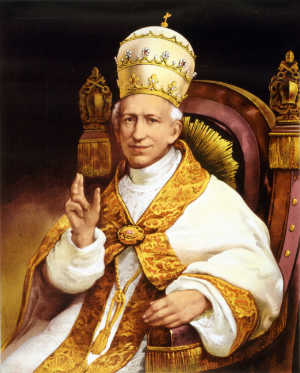 The charismatic renewal of the present day has roots in the 19th century. Between 1895 and 1903, Blessed Elena Guerra, the foundress of the Oblate sisters of the Holy Spirit in Italy, wrote 12 letters to Pope Leo XIII in which she asked him to encourage greater devotion to the Holy Spirit among Catholics.

As a response to her request, Pope Leo XIII published an encyclical about the Holy Spirit called Divinum Illud Munus in 1897. He also urged the Church to pray the Novena for Pentecost at the beginning of the new century.

A novena is a prayer said for nine days which recalls how the early Christians prayed for nine days between Christ’s Ascension and the coming of the Holy Spirit on Pentecost.

The 20th century was highlighted by a pentecostal revival shared within the protestant community. These events at the start of the charismatic renewal are important for uniting individual believers and the global church.

On January 1, 1901, Pope Leo XIII prayed to the Holy Spirit and sang the Veni Creator Spiritus by the Holy Spirit window in St. Peter’s Basilica. On the same day, at the Bethel College and Bible School in Kansas, the Holy Spirit came upon a group of Protestants who had been praying to receive the Holy Spirit just as the early disciples did. One of the students, Agnes Ozman, started speaking in tongues, a miraculous experience often considered the first of its kind at that time.

More and more people started welcoming the Holy Spirit to come to them through miracles, deliverance and gifts of evangelization. The shared experience of passion and love for God is at the core of the charismatic renewal and one significant way that bridged Catholics and Protestants together. 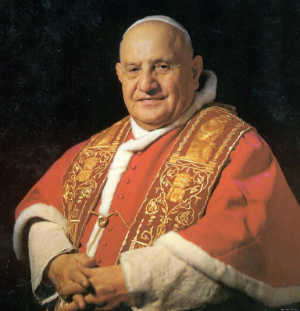 The revival of the Pentecostal experience continued in the lives of many people for decades. Pope John Paul XXIII prayed for “a new Pentecost” in 1962 just as Pope Leo XIII prayed for a great outpouring of the Holy Spirit in 1901.

The Council also taught that it is Jesus who gives both the call and the ability to fulfill it because it is Jesus who "sent the Holy Spirit upon all men that He might move them inwardly to love God with their whole heart and their whole soul, with all their mind and all their strength and that they might love each other as Christ loves them."

In 1967, a group of Catholic students from Duquesne University came together for a retreat. Just as what happened to the disciples during the Pentecost, the group of students experienced a life-changing moment with the Holy Spirit. This miraculous event came to be known as Duquesne Weekend and became the start of the “new Pentecost” that Pope Leo XIII had been praying for.

Over the years the Holy Spirit continued to inspire the formation of new communities and movements. Many religious leaders from parishes to the Vatican started shepherding those who were touched by the renewal. One of them was Cardinal Suenens who helped spread and nurture the understanding of the Holy Spirit’s workings as well as the significance of the charismatic experience within the universal church.

An office for the Charismatic Renewal was established in 1978 as a response to the growing need for guidance that came with the rapid growth of the movement. It is known today as the International Catholic Charismatic Renewal Services or ICCRS and it is responsible for promoting a “culture of Pentecost” throughout the Church.

In 1997, the bishops of the United States issued a document about the charismatic renewal titled Grace for the New Springtime in support of the Charismatic Movement. The bishops looked at the renewal as a means of helping people respond to Jesus’ call for holiness. The movement has been a strong way of reaching out to people and helping them experience the power of God in their lives. 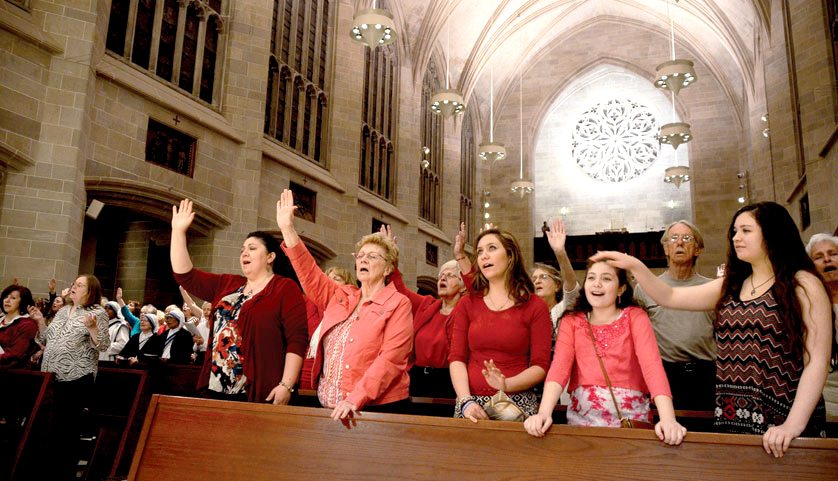 On June 1, 2014, Pope Francis attended the Catholic Charismatic Renewal conference in Rome, a gathering which drew about 50,000 people. He addressed the crowd and asked them to pray for him. The people responded using the gift of tongues. He then thanked the charismatics and told them he felt “at home” with them.

Today the Charismatic Movement has touched the lives of countless people across the world and across different religious denominations. As of 2013, the movement exists in more than 230 countries and has over 160 million members.

Are you ready to welcome the Holy Spirit into your life?​