Saint Therese of Lisieux is one of the most popular and well known saints, having been canonized by Pope Pius XI in 1925. From Normandy in France, Therese was a Carmelite nun, answering the call at only fifteen and followed a simple and practical spiritual life. She contracted tuberculosis at the age of 24 and passed away.

Saint Therese is commonly known as "The Little Flower of Jesus" who lived her life quietly but became well known posthumously because of her spiritual autobiography.

St. Therese,
The Little Flower,
please pick me a rose
from the Heavenly garden
and send it to me
with a message of love.
Ask God to grant me
the favor I thee implore
and tell Him I will love Him
each day more and more.

If you like this prayer, you'll love this beautiful prayer card. 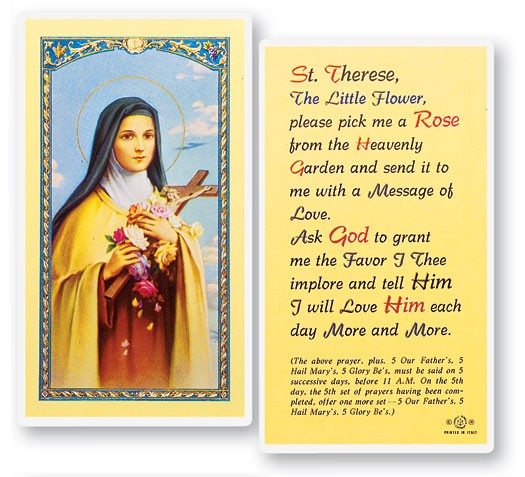 Your servant of God,
St. Therese of the Child
Jesus, who in her dying moments did say: I will spend my heaven in doing good upon earth, hasten to let fall upon me a shower of
roses that I too may be
inflamed with that fire of love
which burned so brilliantly in
your heart and which
brought you so gloriously to
the arms of Jesus, my lord
and my God. Amen.

If you like this prayer, you'll love this beautiful prayer card. 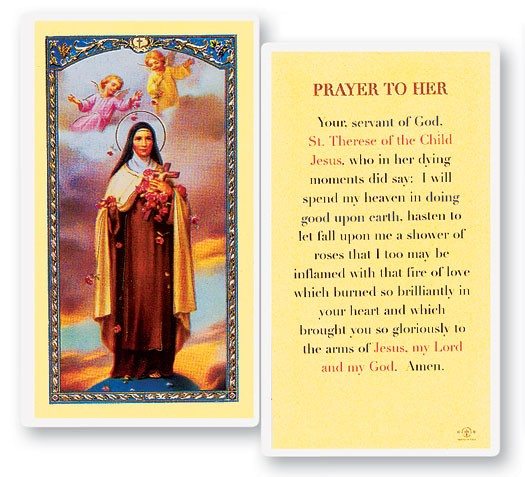