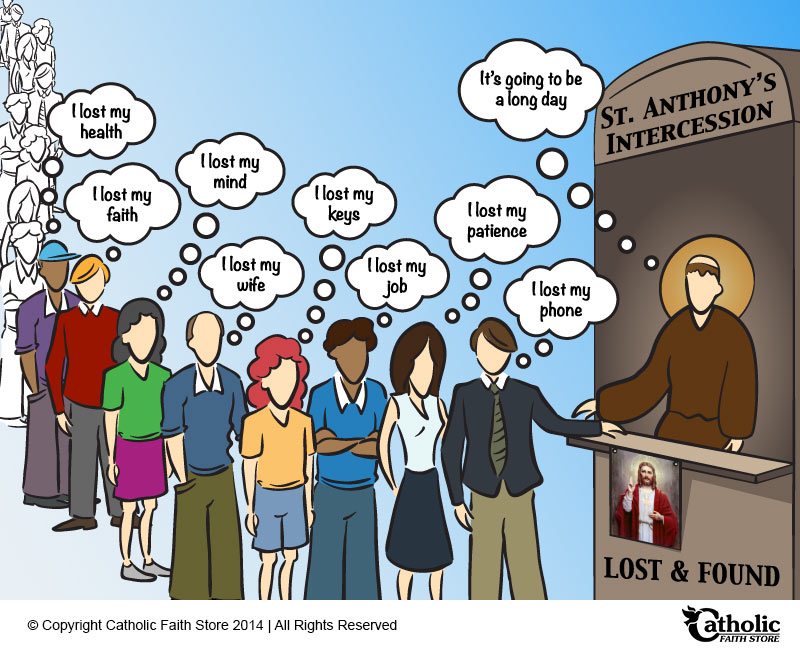 St. Anthony is popularly known as the patron saint of lost items, but did you know he’s also known as the patron saint of amputees and is often regarded as the “miracle worker” for all the miracles he performed even when he was still alive? The feast of St. Anthony is celebrated every June 13. In honor of this saint, let’s take a closer look at his life and how he earned these powerful titles. We’ll also discuss interesting facts about this famous disciple of Jesus.

St. Anthony is not Italian 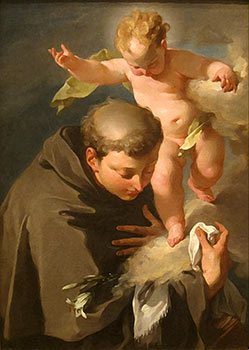 St. Anthony, or St. Anthony of Padua (a city in northern Italy) as he is also called, isn’t actually Italian. He was born in 1195 AD in Lisbon, Portugal into an influential family, and was given the name Ferdinand. His father was a captain in the royal army and had high expectations for his son to achieve great success in his life. St. Anthony soon discovered that he had no desire to live a life in pursuit of wealth and success; instead, he wanted to live a life devoted to God. To the disappointment of his family, at the age of 15, St. Anthony moved into the Augustinian Abbey of St. Vincent near Lisbon and joined The Canons Regular of St. Augustine—a religious order. This order was regarded for its scholarly pursuits and it is here, where St. Augustine gained a vast amount of his theological knowledge. At the age of 25, he was ordained a priest. St. Anthony spent his final years in Padua, the city most associated with the saint.

In 1219, St. Anthony encountered a group of five men who were dedicated followers of St. Francis (Franciscans) on their way to Morocco to preach to the Muslims. St. Francis was intrigued by their simple lifestyle and their pursuit to spread the word of Jesus. A year later, word was received that the five men had been martyred in Morocco and their remains were being sent back to Portugal to be venerated at relics. St. Anthony was so moved by the heroism of these men that he decided to join the Franciscan order. It is here where he adopted the name Anthony.

St. Anthony quickly developed a natural ability to speak passionately about the Word of God and to draw large crowds.

St. Anthony quickly developed a natural ability to speak passionately about the Word of God and to draw large crowds. His mission was to preach to the many heretics who were vastly renouncing their faith. He traveled throughout northern Italy and southern France combatting abuses in the church (part of the reason why so many were leaving the Church) in the hopes of turning naysayers back to the faith. 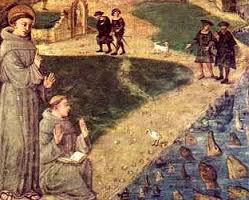 Not everyone was open to hearing what St. Anthony had to say, however. Once when he traveled to Rimini—a town filled with heretics—he was faced with a large crowd that was ordered by town leaders to turn away and ignore him. St. Anthony decided his journey wouldn’t be in vain and decided to preach at the Marecchia River to none other than the fish! He called out, “Fish of the river and sea, listen to the Word of God because the heretics do not wish to hear it.” Suddenly thousands of fish surrounded St. Anthony, pushing their heads up as though trying to hear his words. Seeing this impressive sight, the people of Rimini naturally gathered and soon began to listen to St. Anthony and his powerful message. Once he caught their attention, he was able to speak to their hearts. It was his passion, his prayer, his gentleness, and his humble soul that brought people to conversion. His effectiveness as a preacher and his ability to bring thousands back to their faith earned St. Anthony the title, “Hammer of Heretics.”

St. Anthony is known as the “miracle worker” and “wonder worker” for the countless miracles he performed on earth and continues until this day. The miracle of the fish surrounding him when he preached is just one of the many. The following are just a tiny sampling of some of his most popular miracles:

A donkey bows to the Eucharist

In addition to preaching, St. Anthony spent a lot of time listening to people’s confessions. One time, a young man confessed to kicking his mother. St. Anthony was so horrified that someone could cause physical harm to a loved one, especially a parent, he told the man anyone who would kick his father or mother should have his foot cut off. Taking his words literally, the man went home and cut off his foot with an ax. The man’s mother hysterically called St. Anthony for help, and when he arrived he fervently prayed to God for His miraculous intercession, and he was able to reattach the man’s foot. This miracle is what earned St. Anthony the title of patron saint of amputees.

Popularly known as the saint people pray to for help finding lost items, St. Anthony received his own miracle when he found his lost Book of Psalms. The story goes that a young novice who recently joined the Franciscan order decided the lifestyle wasn’t for him. He left one night taking with him St.  Anthony’s psalter, or Book of Psalms, that he used during his sermons. Distraught that he lost his book, he prayed to God for it to be returned. It was at that moment, that the young novice had an overwhelming sense of guilt and felt compelled to return the psalter.

O Loving St. Anthony, you were a special witness of God’s power and love in your day.  Hear us now as we seek your powerful intercession in our time.  We lift up our prayers for all families.  Help them to grow in their faith; may they persevere in unity, love, and peace.  Bless our children, protect our young people, and be a companion to those in their senior years.  Help them when they are tested by sickness, suffering, loneliness, or whenever they experience loss in their lives.  Help all of us in our daily struggles, giving us hope and peace.  Pray for us, St. Anthony, so that we may continue to grow in God’s love.

Intercede for us through Christ our Lord!
Amen.[/box]