The Catholic View on Marriage and the Sacrament of Matrimony 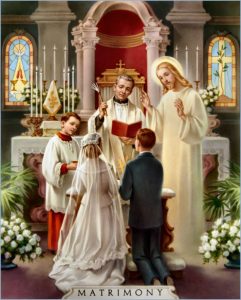 The Catholic Church teaches us to hold marriage as sacred. It is a gift from the hand of God, who created male and female in his image so that they may become one body. The vision of marriage for the Catholic Church is deeply rooted in the Scripture.

In marriage, the love between a man and a woman is blessed by God. Marriage is a union in faith and a response to God’s call to holiness. The couple becomes the symbol of God’s love on earth.

Matrimony comes from the Latin word maritare, meaning, “to wed, marry, give in marriage.” It refers to the contract made by the couple­ – a mutual alliance they enter into when they made the vow to support each other and be together for life.

According to the Catechism of the Council of Trent, ”marriage is a conjugal union between a man and a woman, both in legal status, in which they establish a perpetual and indissoluble union of lives. There are two goals in this union – procreation and education of the offspring and the mutual support of the spouses."

The Biblical Roots of Matrimony 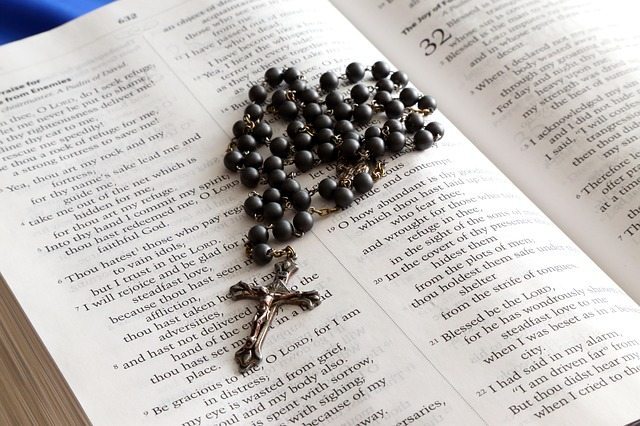 As stated in the Sacred Scripture, God instituted marriage as the pinnacle of creation. Marriage was instituted when He created Eve and gave her as a companion to Adam.

“It is not good for man to be alone; let us make him a like unto himself.”

After the original sin was committed, He blessed them, saying, “Be fertile and multiply, fill the earth and subdue it” (Genesis 1: 27-28). The Scripture teaches that marriage is not simply a human institution. It is also something God established from the foundation of the world.

When Jesus Christ healed the people of sin and its effects, marriage is also recreated and made new in Christ. Jesus tells us that in the Kingdom of God, the original intention of God in the permanent union of husband and wife can be realized once more.

What is the Sacrament of Matrimony?

Our Lord Jesus Christ has elevated marriage to the level of a Sacrament because of the deviations and disparities that marriage suffered under the Natural Law. Disparities such as the introduction of polygamy and remarriage. The Sacrament of matrimony confers a grace to the natural marriage.

“The sacrament improves natural love by giving spouses a supernatural model for their union. They should love each other as Christ and the Church love each other.” (Eph 5:22)

As a sacrament, the conjugal union is binding. Committing adultery is a grave offence. Its indissolubility involves more than a natural or legal obligation. Violating the sanctity of the Sacrament of Matrimony is a sin that cuts the guilty spouse from the state of grace.

Family arises from marriage. In turn, they form the community. Parents, children, and family members form what is called the domestic church or church of the home – the primary unit of the Church. There is also a new perspective when it comes to the Sacrament of Matrimony. One spouse is meant to sanctify the other. Their offspring is not seen only as a means to populate the earth but, principally, Heaven.

Like the water that our Lord Jesus turned into wine during the wedding of Canaan, His act of raising marriage to the level of a Sacrament transformed it into a different reality.

The Catholic View on Marriage

Marriage is sacramental because it is Christ’s unbreakable love for his people. In marriage, the couple’s life, love, and witness can make Christ visible to others. All couples who took the Sacrament of Matrimony are invited to reveal God’s loving presence and generous action in the world.

It is communitarian. Married couples form a permanent, life-giving community. They live as communities that spread God’s blessings, reach out to heal the brokenness of the family and the world, and share their gifts with those around them.