The Role of the Catholic Church in Society

What is the role of the Catholic Church in today's society? 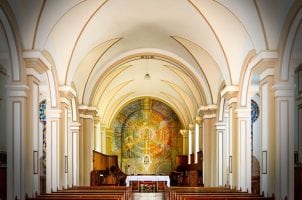 The Catholic Church is a home founded in love and faith ­­– the everlasting love God promised his people and the unwavering faith they honour Him with for the rest of their days.

When the times get tough, His people turn to Him for guidance and there is no better place to find that than in the arms of the church.

The globalized world is fraught with contradictions and injustice. Humanity is in need of a God who is merciful and provident, who will bring people together and raise awareness to their vocation to be brothers and sisters to one another. Christianity has forged the large part of Western civilization. The Church has humanized social and political structures, giving life to the tradition of humanitarian and educational works.

Through Jesus Christ, the son of God, many come together in solidarity.

Pope John XXIII, in his last published encyclical “Pacem in Terris,” addressed all men of good will, believers and nonbelievers alike. He set the view that the Church must look to a world without boundaries, without “blocs”. The Church neither belongs to the East or the West. Inviting all nations and political communities to a process of dialogue and negotiations, he states that we must look for that which unites us and leave aside that which divides us.

Precursor of the Renaissance

The age of enlightenment ushered a new dawn for humankind. There was a considerable thirst for learning and a great appreciation for knowledge. But do you wonder where all those prior wisdom come from?

The Catholic Church has helped preserve the heritage of past civilizations through the hard work and patience of the people in monasteries who copied much of the writings of the Greeks and Romans. It was because of them that future generations learned and greatly improved the discoveries of the past for the advancement of mankind.

Fields of Science and Mathematics 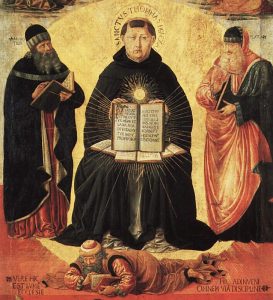 Many of the advancement in science have its roots in the Catholic Church. There was Copernicus, an ordained canon, and his work for astronomy. A Catholic bishop named Nicholas Steno laid the foundation for geology. Another one, Antoine Lavoisier, was the founder of modern chemistry.

There was also Blaise Pascual, a reputable figure in mathematics. Through the efforts of Albert the Great and Thomas Aquinas, rational science was established when they recovered the treasures of Greek philosophy.

Charitable Efforts and a Helping Hand to the Poor 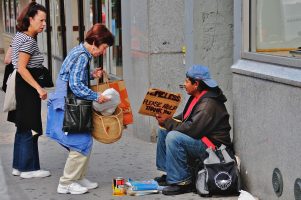 Throughout history, with the fall of empires and crumbling of public institutions, the first victims are always the poor. The Catholic Church never turned its back from the needy. One of its most immense contributions to society is the act of charity.

In the early centuries, the church built hospitals, poorhouses, and soup kitchens. Even today, the Catholic Church has countless foundations and charitable institutions that ensure the welfare of the most unfortunate. They feed the hunger of the deprived, not just through the mouth but also through their very souls.

Defense of the Dignity of the Human Life

In its quest to promote and advocate for man’s humanity, the Church proclaims Christ as man’s ultimate source of truth and salvation. It strives to be a reliable companion for man, as it helps to fulfil his intimate nature through the combination of nature and reason.

The Church is not here to provide a mere pastoral service. It seeks to help people find and fulfill their God-given identity. The Church helps us see that we are not just mere creatures living in a senseless world. We are all created in the image and likeness of God and so each human being deserves to be treated with dignity and compassion. This belief is an important hallmark of our faith.

Source of Hope and the Moral Compass 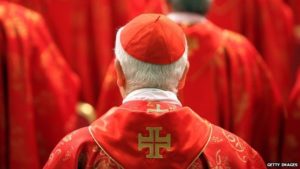 The degradation of society has a lot to do with what goes on from within the heart of each individual. We are the ones who form society, and as such, what we do and contribute to the world can make or break it. The Church is the institution that helps us find the right path to take. It reminds us of our duty in Christ, inculcating the fundamental teachings of God.

When we face adversity and go through trying times, the Church becomes the place where we draw strength and peace from within. It is a light that gives us hope in our moment of darkness.

Do you consider the Catholic Church an important part of your life?

What influence does it have in your walk of faith and day to day life?