The Story of St. Elizabeth of Hungary 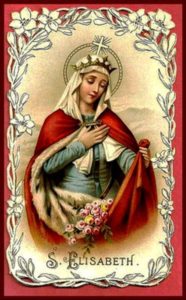 We will be celebrating the feast day of St. Elizabeth of Hungary on November 17. In time for this occasion, let us look back to the story of this remarkable woman. The patron saint of hospitals, nurses, bakers, brides, widows, dying children and homeless people lived a remarkable life filled with lessons that we can learn from.

The Early Life, Marriage and Family of St. Elizabeth of Hungary

Elizabeth was the daughter of King Andrew II and Gertrude of Merania. Her ancestry included many European nobles including Vladimir the Great of the Kievan Rus. It is commonly believed that Elizabeth was born in Hungary, possibly in the Sárospatak castle, on July 7, 1207.

In 1211, Landgrave Hermann I of Thuringia sent a formal embassy to Hungary to arrange a marriage between Elizabeth and his eldest son Hermann. This was mostly a political move made to reinforce alliances between families. Elizabeth then traveled to the Thuringian court where she was educated and exposed to their culture in order to prepare her for marriage.

At this time Thuringia was a prosperous place and gave Elizabeth a luxurious and secular life. Despite living in comfort, the young Elizabeth cultivated a religious and pious way of living. She would pray diligently and even practiced small acts of self-mortification.

Elizabeth experienced many tragedies at an early age. In 1213, her mother was murdered by Hungarian nobles. On December 1216, her would-be husband, Hermann, also died. Elizabeth was then betrothed to the second son, Ludwig IV.

Ludwig succeeded the throne in 1221 and would become a great ruler and courageous soldier. Because of his valor, he was revered as a saint by Germans. He and Elizabeth were married also in 1221. Their union was a happy one as husband and wife supported one another.

Elizabeth and Ludwig had three children, Herman II, Sophia and Gertrude. Herman and Sophia became members of nobility while Gertrude devoted herself to a religious life by becoming an abbess.

Despite being a member of the royal court, Elizabeth lived a simple life and was involved in many charitable endeavors. She used her influence to promote her ministry. Ludwig was also supportive of Elizabeth’s charitable work and prayer life. They were well known for being generous and compassionate toward the poor.

In 1223, Elizabeth learned all about the teachings of St. Francis of Assisi through Franciscan friars that arrived in Thuringia. After hearing all about what St. Francis stood for, Elizabeth sought to emulate his example. She started to wear simple clothing and devoted time to helping the poor in her land.

When Thuringia was flooded and plagued with disease in 1226, Elizabeth helped care for the afflicted. She also used her dowry to establish a hospital in honor of St. Francis. There she personally tended to the sick and supported those who were impoverished.

Elizabeth’s life was changed when her husband died in 1227 from an illness. The news devastated Elizabeth who vowed never to remarry despite pressures from relatives. She made solemn vows similar to those of a nun to Master Conrad of Marburg, who was an inquisitor, preacher of the crusade. Although Conrad did not belong to any order he was well known for being ascetic and harsh.

Elizabeth vowed to be celibate and completely submit to Conrad as her spiritual director. His treatment was very strict and even cruel. He imposed standards that were almost impossible to meet and his punishments often included physical beatings. He also ordered that Elizabeth’s children be sent away. His firmness, however led Elizabeth to the path of sanctity and he was very active in the efforts to have her canonized when she passed away. 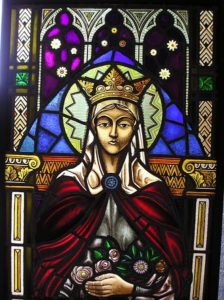 St. Elizabeth experienced many miracles while she was still alive. One of the most well known was the so-called miracle of the roses. According to the story, Elizabeth was secretly on her way to give bread to the poor when she met her husband on a hunting party. In order to keep his companions from thinking that she was stealing from the castle’s treasury, he asked her what was hidden in her cloak.

Elizabeth’s cloak then fell open and revealed a vision of white and roses. This impressed upon Ludwig that God was at work in the life of his wife and moved him to support his charitable efforts.

Another miraculous event in Elizabeth’s life took place when she cared for a leper named Helias of Eisenach. She laid the afflicted upon the very bed that she shared with her husband. Her mother-in-law was horrified and told Ludwig about this when he returned home.

Just as Ludwig was removing the bed sheets he saw the figure of the crucified Christ stretched upon the bed instead of the leper.

St. Elizabeth of Hungary passed away in 1231 at the age of 24. Miracles began happening in her grave site and these were usually miracles of healing. Many people would embark on pilgrimages to visit her grave.

St. Elizabeth is usually portrayed in art as holding a basket of bread or other forms of food and drink, a symbol of her devotion to the poor. Other art works also depict her as a princess giving alms to the poor or holding roses in her lap. 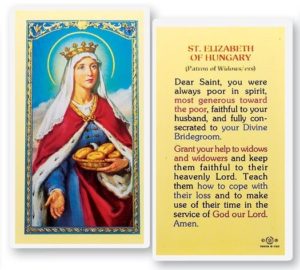 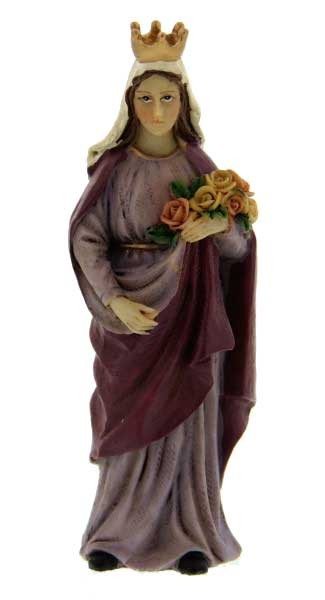 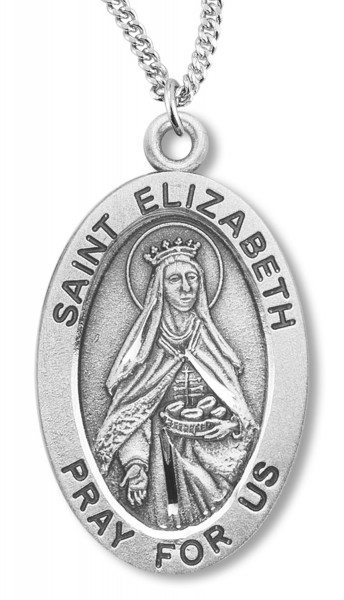 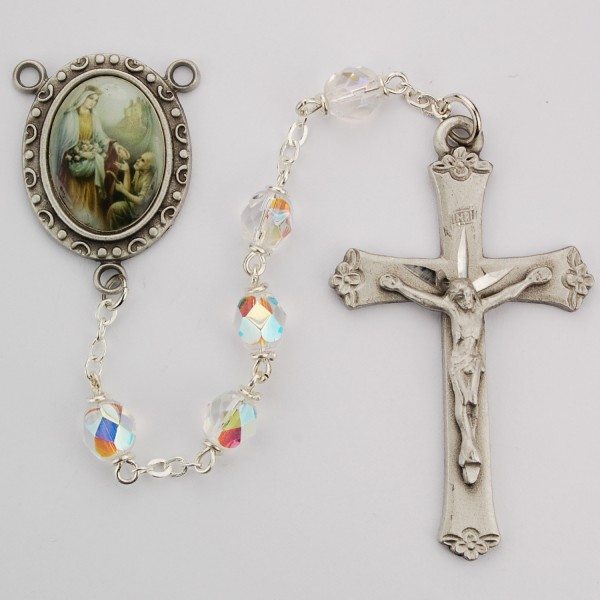