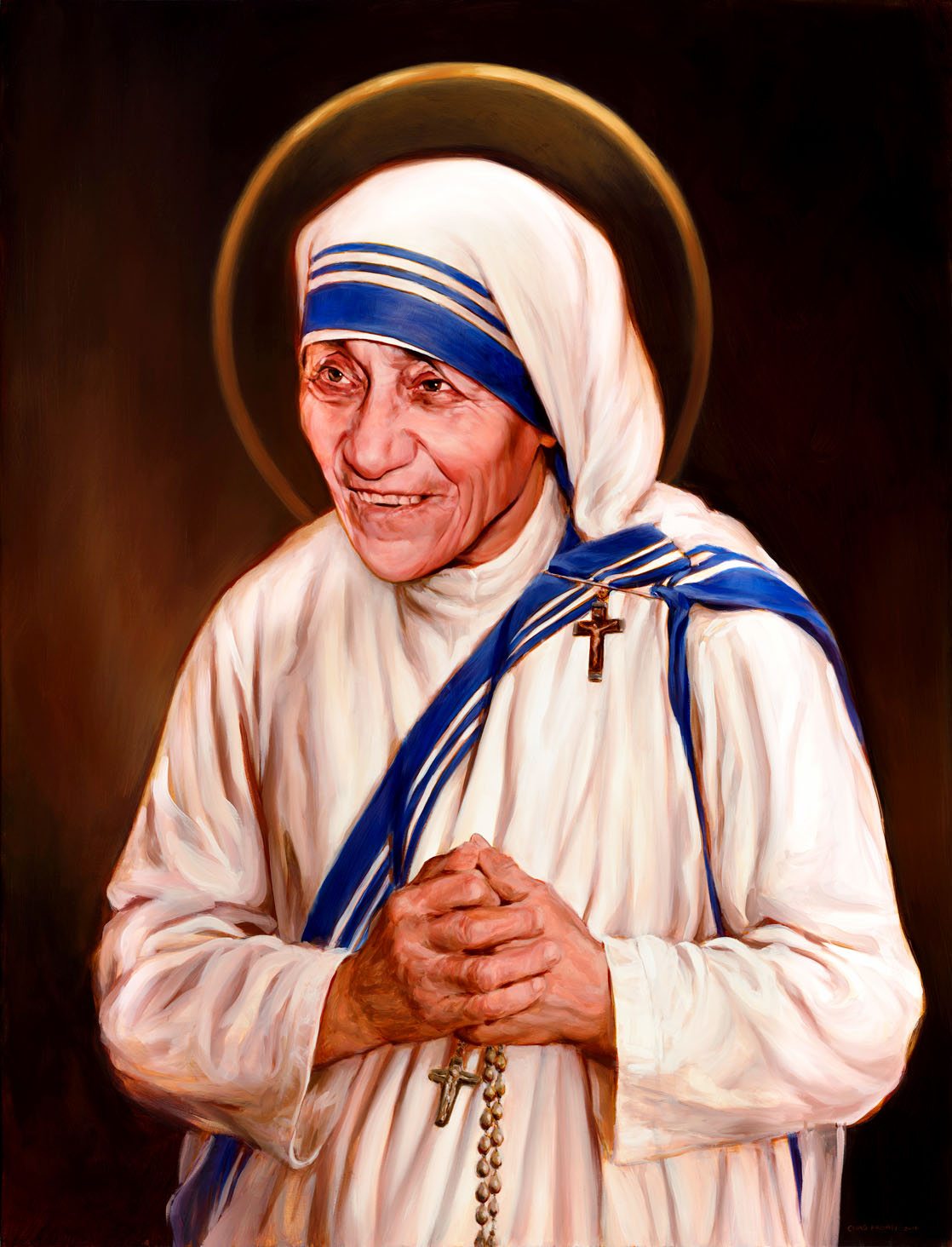 St. Teresa of Calcutta is well known and well loved for her burning passion for the poorest of the poor. Many admired her for her charity work and her heart for serving others. As we celebrate her feast day on September 5, let us look back to her life and her extraordinary ministry.

The Early Life of St. Teresa of Calcutta

St. Teresa of Calcutta was born on August 26, 1910 in Skopje which is now the capital of the Republic of Macedonia. The youngest child of Nikola and Drane Bojaxhiu, she was named Gonxha Agnes at birth. Her name, Gonxha, means “rosebud” or “little flower” in Albanian.

St. Teresa’s father died in 1919 when she was only 8 years old and this left their family in financial straits. Their mother raised the family in a firm yet loving household which would significantly shape St. Teresa’s outlook and, later, her vocation.

From an early age, St. Teresa became interested in the stories of missionaries and their ministry in Bengal. At 12 years old she was deeply moved to devote herself to a religious life and this conviction was later reinforced when she prayed at the shrine of the Black Madonna of Vitina-Letnice.

St. Teresa’s Life as a Teacher

St. Teresa of Calcutta joined the Sisters of Loreto at Loreto Abbey in Rathfarnham, Ireland, at the age of 18. She wanted to learn English so she could become a missionary in India as this was the language of instruction used by the Sisters of Loreto in the region. She would not see her mother and sister again.

In 1929, St. Teresa arrived in India and began her novitiate in Darjeeling, in the lower Himalayas. It was here that she learned Bengali and started teaching at St. Teresa’s School near the convent. She took her first religious vows on May 24, 1931 and chose to be named after Therese de Lisieux, the patron saint of missionaries. A nun in the convent had already taken the name Therese so she chose the Spanish spelling, Teresa.

On May 14, 1937, St. Teresa took her first solemn vows. She had started teaching at Loreto Convent School in Entally in Eastern Calcutta, a vocation that would last for almost two decades.

St. Teresa loved her role as a teacher, serving with a joyful spirit, courage and unselfishness. However, she was increasingly shaken by the poverty that afflicted Calcutta. Furthermore, when the Bengal famine of 1943 broke out, she witnessed widespread death and suffering in the city.

The Call Within a Call

On September 10, 1946, St. Teresa traveled from Calcutta to Darjeeling for her yearly retreat. During the train ride, she felt a deep longing to help the poor and the needy, an experience she described as a “call within a call.” Jesus sparked a fire in her heart to help those who were less fortunate.

St. Teresa of Calcutta began her missionary work in 1948. She adopted Indian citizenship and stayed in Patna for several months. There she immersed herself in the harsh realities and undertook basic medical training at Holy Family Hospital. St. Teresa would wash the sores of sick children, care for a sick old man lying on the road and nurse a woman sick of tuberculosis and malnutrition.

Before attending to the needs of the less fortunate, St. Teresa founded a school in Motijhil, Kolkata. A group of young women would join her at the start of 1949 and she would begin the first steps in establishing a new religious community which focused in giving support to the “poorest among the poor.”

The new congregation of the Missionaries of Charity officially began in the Archdiocese of Calcutta on October 7, 1950. The congregation would, in St. Teresa’s own words, care for “the hungry, the crippled, the blind, the lepers, all those people who feel unwanted, unloved, uncared for throughout society, people that have become a burden to the society and are shunned by everyone.”

What began as a small group of only 13 members transformed into an extraordinary community. By 1997, the congregation was made up of 4,000 sisters who looked after orphanages, hospices and charity centers around the globe.

St. Teresa’s exemplary work would soon capture the attention of the world. Numerous support and recognition for her work began to pour in. She received the Indian Padmashhri Award in 1962 and the Nobel Peace Prize in 1979. More media groups followed her activities which she humbly performed “for the glory of God and in the name of the poor.” 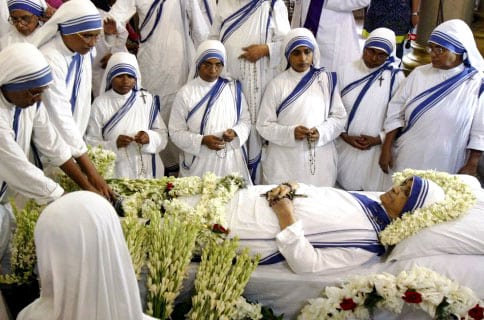 St. Teresa spent the last years of her life overseeing her society and offering support to the poor, despite suffering from severe health problems. She first offered to resign as head of the Missionaries of Charity in 1991 but the sisters of the congregation voted for her to stay and continue through a secret ballot. She accepted the privilege and resumed her duties.

She would finally resign on March 13, 1997 and died on September 5 that same year. Even though St. Teresa’s earthly journey has ended, her legacy and inspiring story continue to shine as a beacon of light even in the darkest places on earth. The government of India gave St. Teresa a state funeral and her body was buried in the Mother House of the Missionaries of Charity. Today, her resting place draws in many people of all religions, races and economic backgrounds, all of them seeking inspiration and hope in her life and story.

St. Teresa of Calcutta is a mother to the poor and an enduring symbol of compassion and inspiration in a world in need of light.

On September 4th, 2016, Pope Francis declared Mother Teresa a saint. In his homily, Pope Francis reminded the world of the power of her life's work “Mother Teresa, in all aspects of her life, was a generous dispenser of divine mercy, making herself available for everyone through her welcome and defense of human life, those unborn and those abandoned and discarded.”

How has her story touched you?