There is no question where Holy Mother Church stands on these issues. She frequently sounds the clarion call to remind us of our moral obligations in murky, godless societies.

But what about gun control? Is there an undeniably clear Catholic position? Does your gun control position affect your salvation?

Let's examine why this remains, for both theological and practical reasons, undefined moral ground.

Holy Mother Church is indeed a wise Mother. Mothers who want their children to succeed do not allow their children to make their own rules; rather, they model and enforce boundaries which will allow the children to learn in a safe environment before branching out alone.

Once the children have demonstrated their ability to make wise decisions, mothers might allow children to discern the best choices for their lives, within certain bounds.

Holy Mother Church, in situations such as gun control and reasons to avoid pregnancy through Natural Family Planning (that's another blog post for another day!), also allows an individual with a properly formed conscience, to prayerfully decide what is the right choice for himself or his family.

If, as a Catholic with a well-formed conscience, you decide to own a gun for protection, sport, or hunting, you are free to do so without moral implications. If you choose otherwise, that is also an acceptable choice. Catholics of good will can (and do) disagree on this topic. What matters is intent: how do you intend to use the gun? Our most basic morality begins with the Ten Commandments we learned as we prepared for First Reconciliation and deepens from there. Number Five, 'Thou Shalt Not Kill' is, literally, written in stone.

When God gave Moses the Ten Commandments, rifles, handguns, IEDs, bombs, forceps did not exist. But humans had already started killing each other (remember Cain and Abel?), with bare hands and any other primitive methods available to someone with a desire to commit murder.

Regardless of the method, killing is wrong. If you utilize your weapon of choice in a just way (in self-defense, to save the lives of others, to hunt food), you are within the moral boundaries established by God and His Church. The fact that pre-meditated murder is always unjust does not change regardless of how it occurs. Fr. Jerry Pokorsky states:

"Those killed by a butter knife, an AK-47, or a neutron bomb are equally and indifferently dead. In each case, the resort to arms will be judged just or unjust by the same moral criterion."

Jesus will judge whether the reason the victim died was a just one, regardless of the weapon used.

That leads us to the next logical question: if killing is wrong, regardless of how it occurs, how does this reflect on the instrument used to take the life of another human being?

Are knives evil, since they can be used to stab another person to death?

Are ropes evil, since one could strangle another person or oneself with a length of it?

Are handguns evil, since they could be used to shoot another person?

"Guns are not intrinsically evil. On the contrary, the Catechism teaches not just the right but the duty to use lethal force, if necessary, to defend oneself and those towards whom we have a responsibility.  The same right to life that condemns mass murder requires the use of a gun to wound or kill if necessary to save life. Keeping guns away from mass murderers is obviously a moral duty, but guns in themselves are not intrinsically evil, unlike abortion."

3.   What Do Solidarity and Subsidiarity Have to Do with Gun Control? According to Catholic Social Teaching, solidarity and subsidiarity are two foundational social, cultural, and economic principles.

Solidarity means that we're all in this together. We have an obligation to love and care for both our neighbors next door as well as the poor in Africa.

Subsidiarity means that the smallest possible entity should solve problems. The federal government should not control issues that states can handle, states should not micromanage what individual communities should direct, and on down the line.

These two principles seem contradictory; they serve to balance one another as well as the power of top institution and of individuals and families.

How could these principles apply to the gun control debate? Solidarity may indicate that we have a duty to protect all Americans, not just our families and neighbors, and that working to pass federal and state laws to keep weapons out of the hands of those who would endanger the lives of any American ensures the common good.

The federal Gun Control Act of 1968 already prohibits the sales of firearms to the mentally ill, substance abusers, minors, criminals, yet there seem to be holes in enforcement of these laws, especially in vulnerable populations such as gun-free school zones. Subsidiarity may suggest that the lowest level of power which could effectively accomplish this goal be the one to enact these rules.

Pope St. John Paul II elaborated on the balance between solidarity and subsidiarity:

The “principle of subsidiarity” must be respected: “A community of a higher order should not interfere with the life of a community of a lower order, taking over its functions.” In case of need it should, rather, support the smaller community and help to coordinate its activity with activities in the rest of society for the sake of the common good.

This leads to further deliberation:

One of the most common responses when there is another shooting is an outpouring of prayer for the victims, families, and communities affected. We as Catholics pray for recovery for the victims, eternal rest for the dead, healing and comfort for the affected families and towns. Some may ask: is prayer enough? Catholic writer Michael Sean Winters posits that we can do more than pray to prevent future man-made tragedies:

We should not jeer at the ability of prayer to ground solidarity, nor at the power of belief to, over time, heal the wounds that death inflicts. In the face of a natural disaster, there is little else we humans can do. But these mass shootings are not natural disasters, and prayer and belief, though essential, are not enough, because there is something morally bankrupt about mourning the dead, incident after incident, without also taking steps to ensure that it is harder to carry out another such attack in the future. There are tangible steps that individuals, communities, and government at various levels can take to thwart large-scale shootings. Those who feel convicted to work on large-scale solutions might consider:

Others may feel called to cultivate within their own families and circles of influence the value of natural law, non-violence, open communication to solve problems, preventing substance abuse, and sanctity of all human life.

These steps, both large- and small-scale, may work concurrently to help families send young people into the world to constructively solve personal and societal problems, effectively cutting off the weed of societal violence at its roots.

Let's continue the discussion as Catholics of good will.

Tell us, what are your thoughts on gun control? 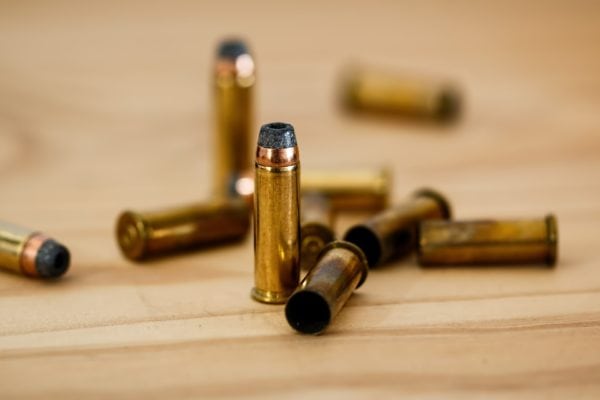 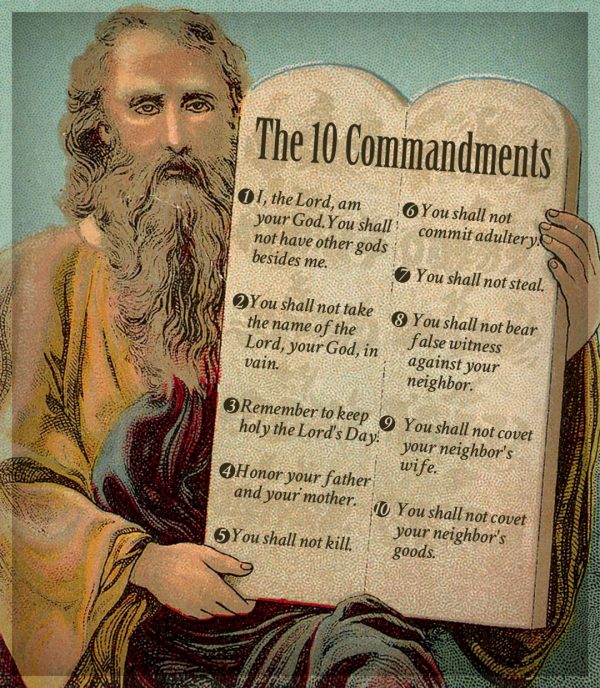 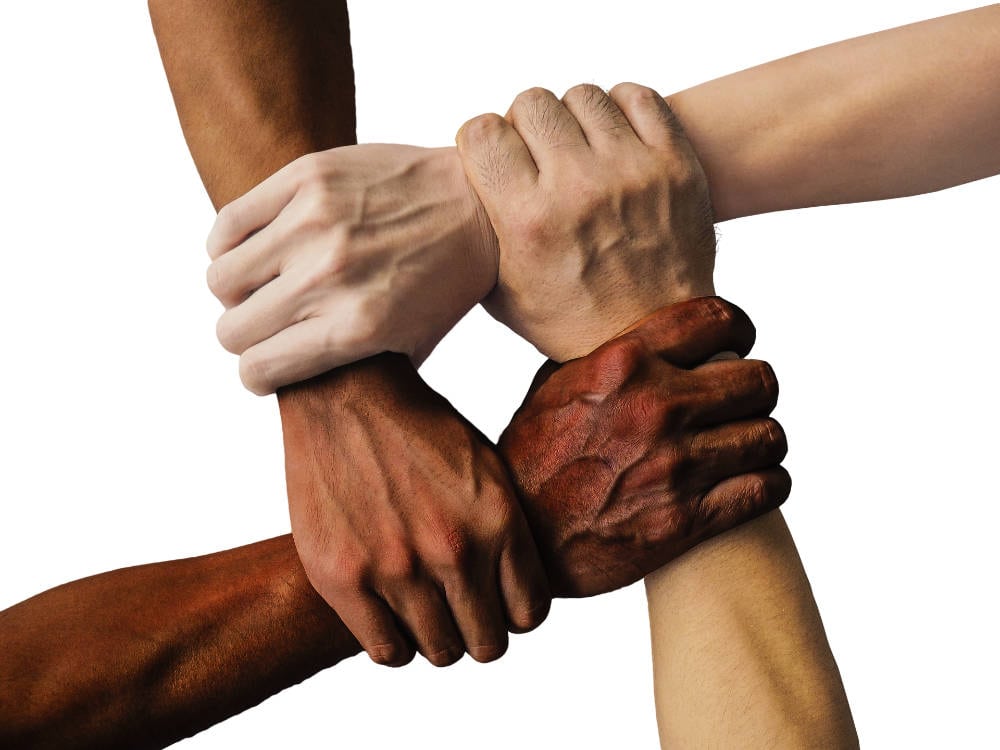 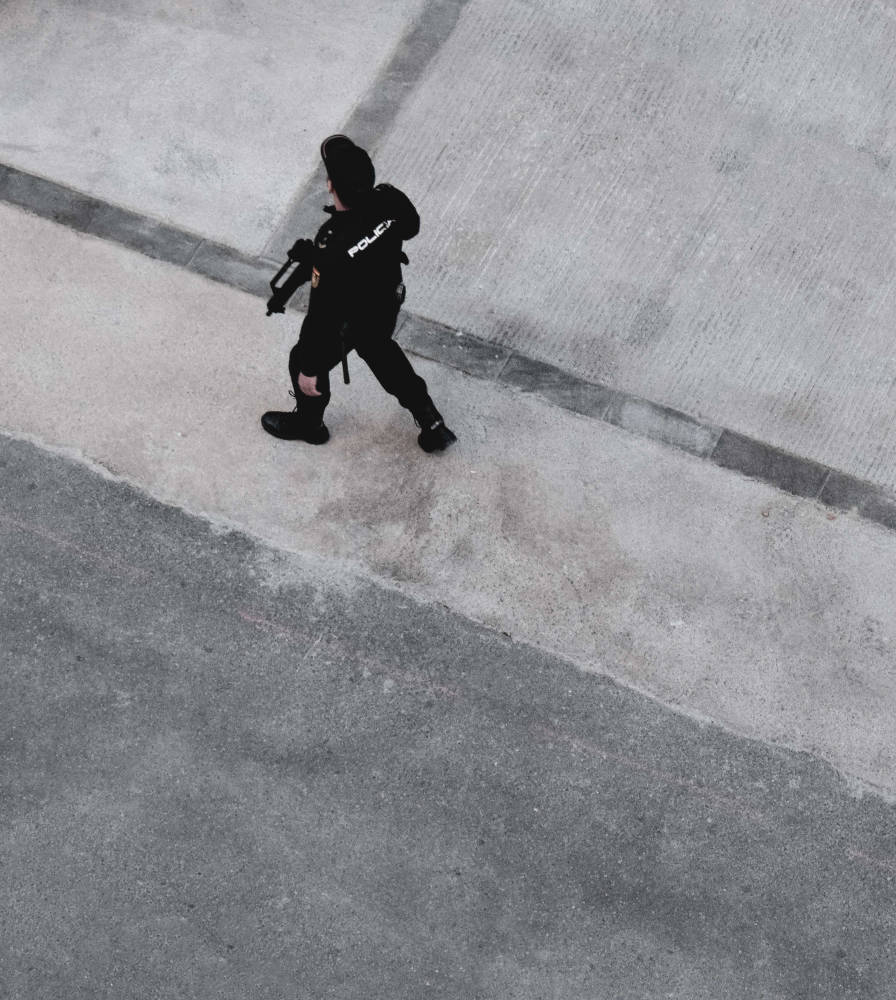