One of America's Earliest Advocates for Less Fortunate Minorities

Although, Martin Luther King Jr. may be the most famous of all people to advocate for the plight of minorities in the United States, he wasn’t the first. Nearly a century before the civil rights movement, there was Saint Katharine Drexel and the Sisters of the Blessed Sacrament for Indians and Colored People. 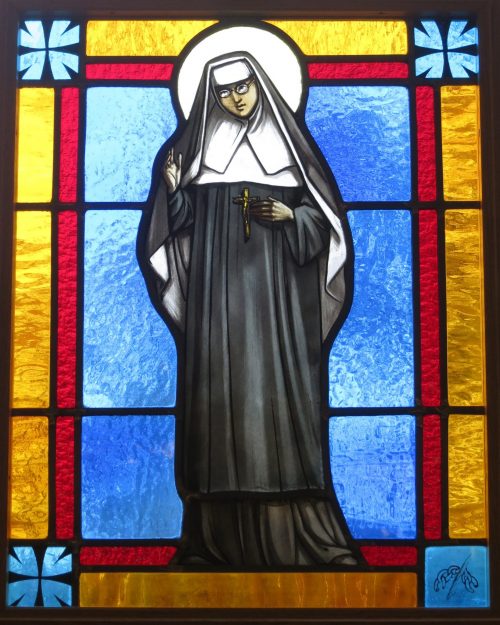 St. Katharine was born on November 26, 1858 in Philadelphia, Pennsylvania. This effectively makes her the first saint to be a natural-born U.S. citizen. Her father, Francis Anthony Drexel, was a wealthy banker and he gave her all the privileges of a high-society upbringing.

Despite the wealth, however, there were plenty of events in her life that would soon teach her a valuable lesson on money’s very limited power.

Hannah Langstroth Drexel, Katharine’s mother, died only five weeks after Katharine was born. This eventually lead her father to remarry. Around 1860, he met a devout woman named Emma Bouvier, and she would soon become the stepmother to Katharine and her sister, Elizabeth. Three years afterwards, another sister named Louisa was born. 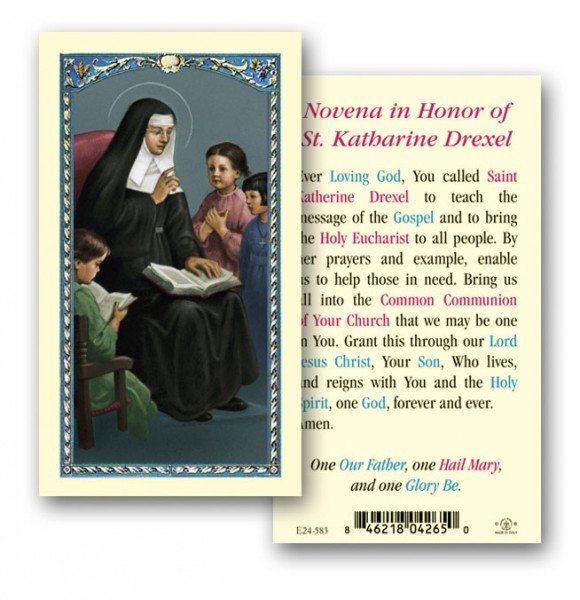 The new stepmother loved all three of her daughters and shared with them her devotion to God. Her father was also a pious man and spent at least half an hour of prayer in the evening. And while both parents doted upon them with the luxuries of private tutors and high society debuts, they also instilled in them a strong sense of duty to care for the less fortunate. For instance, every week the family would open the doors of their house and they would care for the poor. Her parents would give away food and clothing while teaching their children the importance of sharing one’s blessings with the downtrodden.

However, it was in 1879 when the second tragedy struck her life and impressed upon her that there were some things that wealth could never truly protect her from. Shortly after her own debut into society, her beloved stepmother contracted a painful cancer.

A Heart for the Poor 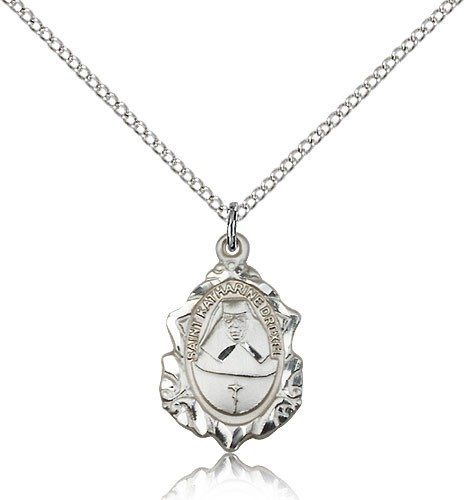 For three years, Katharine did her best to care for her ailing mother until the end of her life. All that time she had taken even more interest in the troubles afflicting the destitute, particularly the horrific mistreatment of Native Americans and African Americans. Realizing that her own time was also limited, she decided to dedicate the rest of her life towards alleviating their suffering and giving them opportunities to improve their welfare.

Lastly, the third significant event happened after the death of her father in 1885. The three sisters decided on a trip to Europe in order to help them ease their grief. Two years into the trip, they were given a private audience with none other than Pope Leo XIII.

During their meeting, she told him of all her spiritual struggles: from her calling in life and her upbringing to her troubling, first-hand accounts of injustices against minorities. It was here that the Pope asked her the one fateful question that finally prodded her to take up the religious life.

“But why not be a missionary yourself, my child?”

Two years later, she began her postulancy at the Sisters of Mercy Convent in Pittsburg. And after that, her decision to enter the religious life made the hottest news in the state’s upper-class circles, all highlighted by the headline:

Resilience in the Face of Adversity

The critical views of high society would become the least of St. Katharine’s hurdles as she set out on her mission. After she finally established the Sisters of the Blessed Sacrament in 1891, white supremacists and Klansmen made no secret of their contempt for their existence. Among the attacks against them include:

Despite all this, St. Katharine (who was now called Mother Katharine) persevered. She had disavowed her inheritance for personal wealth and instead directed it to fund millions into numerous missions and schools, all for the sake of lifting up less fortunate minority groups. These projects included:

Going from a pampered yet pious Philadelphia belle to a selfless and compassionate foundress, St. Katharine Drexel fought for a cause that was only in full view of the public nearly a decade after her death in 1955.

And like any great servant of God, she did not do it for prestige or attention. She did it solely for the sake of the voiceless both in her time and up to the present day. In her time, it was she who pioneered the idea of seeing beyond the color of one’s skin and firmly believing that all ethnicities were the children of One God.

Were you aware of the great work Saint Katherine Drexel did in her life? How can her life serve as an example to others regarding how we treat minorities and the misfortunate?

Take a moment to reflect on how grateful we should be for the abundance in our lives and strive to help others not so fortunate.