What is the Church’s Stance on the Death Penalty? Do you agree?

The death penalty is a very controversial topic especially within the religious community. The Catholic Church’s stand on capital punishment has been varied. In the past, theological writers like Augustine and Thomas Aquinas have categorized the death penalty as a form of “lawful slaying” and a means of protecting innocent people.

“The common good of the whole society is greater and better than the good of any particular person. "The life of certain pestiferous men is an impediment to the common good which is the concord of human society. Therefore, certain men must be removed by death from the society of men." This is likened to the physician who must amputate a diseased limb, or a cancer, for the good of the whole person.”

More recently, however, the Church has adopted a disapproving view on death penalty. Pope John Paul II and Pope Francis have proposed the abolition of capital punishment with the former describing it as “cruel and unnecessary.”

What is the Catholic Church’s stance on the death penalty? 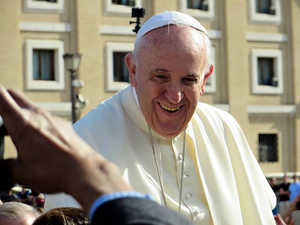 Pope Francis said during his message for the Sixth World Congress Against the Death Penalty that the death penalty “contradicts God’s plan for individuals and society and his merciful justice” and that growing opposition to the practice is a “sign of hope.”

The traditional Catechism of the Church states that a nation has the right to wage just war and that every individual has the right to self-defense. However, does that mean that any and all uses of force is justifiable?

In “A Culture of Life and the Penalty of Death,” the United States Conference of Catholic Bishops emphasizes that the state has the option to impose the death penalty upon criminals who have been convicted of heinous crimes only if this is the only available means to protect society from a grave threat to human life.

The Catechism of the Catholic Church also confirms this with the statement:

If, however, non-lethal means are sufficient to defend and protect peoples safety from the aggressor, authority will limit itself to such means, as these are more in keeping with the concrete conditions of the common good and more in conformity with the dignity of the human person.

In “The Gospel of Life,” John Paul II wrote, “[Punishment] ought not go to the extreme of executing the offender except in cases of absolute necessity: in other words, when it would not be possible otherwise to defend society. Today however, as a result of steady improvements in the organization of the penal system, such cases are very rare, if not practically non-existent.”

More recently, the Church has been more vocal and clear in its negative stance against the death penalty. In a letter written to the President of the International Commission Against the Death Penalty, Pope Francis emphasized the Catholic Church’s opposition to the death penalty, calling it “inadmissible,” regardless of the seriousness of the committed crime. He describes the punishment as an “offense against the inviolability of life and the dignity of the human person which contradicts God’s plan for man and society and his merciful justice.”

Pope Francis’ stand is centered on hope. According to him the penal justice system must always allow for the accused to be once again reinserted into society because “there’s no fitting punishment without hope.” 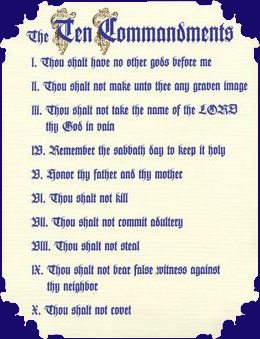 Aside from Pope Francis’ vehement condemnation of the death penalty, we can gather some insights from the Bible and use these to shed light on this controversial issue.

The fifth of the Ten Commandments which God gave to Moses clearly states “You shall not kill.” (Exodus 20:13). Jesus also said that “to love your neighbor as yourself” is one of two greatest commandments.

The Catholic Church emphasizes that all life is sacred. From the start, life involves creative action from God, it is a gift from our Heavenly Father.

Before I formed you in the womb I knew you, before you were born I dedicated you, a prophet to the nations I appointed you. Jeremiah 1:5 Click To Tweet

God is an all-knowing and all-powerful God and it is wonderful to know that He has known and loved us from even before we were born. He extends this unconditional love to each and every one of us, regardless of what sins we have committed. He even sent his only son Jesus Christ to give his life in exchange for humanity’s sins.

What do you think of the Catholic Church’s stand on the death penalty? How do your notions of faith and forgiveness come into play in your views of this polarizing topic?