5 Steps To Sainthood–Will You Be A Future Saint?

The canonization of Pope John Paul II and Pope John XXIII on April 27, 2014 will be an exciting time for Catholics around the world. Millions of people will be watching in person and on TV, an event similar in popularity to Prince William and Kate’s royal wedding or the Super Bowl. What makes this event so exciting is that Pope John Paul II is breaking the record for becoming the fastest saint in modern history. Normally, the process takes several decades–at least. Up until now, the saint with the fastest canonization on record is St. Josemaria Escriva. It took him 27 years to become a saint, while it only took Pope John Paul II nine years! So exactly what are the steps to becoming a saint? What are the qualifications? Who knows, maybe there are some future saints reading this! Let’s take a closer look.

Step 1: Getting the Ball Rolling 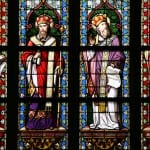 The phrase, “he’s such a saint,” is used often when we’re talking about a really good person (“He’s such a saint for helping me move into my house.”) Many people are “like saints,” but not all people actually become saints. When someone stands out from the crowd as a person who lived a truly moral life (even you), it’s up to the local bishop of the diocese where the person lived and died to start the process.

The local bishop must wait five years after the person has died before being able to ask the Vatican permission to investigate the individual for sainthood. Pope Benedict XVI waived this five year requirement for Pope John Paul II. He was so loved that throughout his funeral, mourners chanted “santo subito” which means “sainthood now.”

From personal diaries to official documents, everything that the individual wrote or published is studied. Their life is the proverbial “open book.” No secrets allowed!

Anything and everything written about the candidate is also reviewed.

The general public is also asked to share their opinion on the candidate. They are free to share any information they have about the candidate as well as personal experiences.

The goal of this lengthy background investigation is to prove the candidate lived a life of “heroic virtues,” meaning they strictly followed the virtues of faith, hope, charity, prudence, justice, temperance, and fortitude.

Once this investigative phase is completed (which can take many years) the local bishop and a diocesan committee decide whether or not the candidate truly lived a life of heroic virtues. If they find the candidate did, all the collected data, or Acta (Acts), are sent to the Congregation for the Causes of the Saints in Rome. Now’s when things get serious.

Once in Rome, the Positio, an official bound book that includes all the documents, interviews, and witness testimonies collected over the years is created. As you can imagine, it’s a lot of information! This is basically a final argument as to why the candidate should become a saint.

The Positio is examined with a fine-toothed comb by a theological commission who give their vote on whether or not they believe the individual meets the necessary criteria.

If the majority of the theologians vote favorably, the case is passed on for examination by cardinals and bishops who are members of the Congregation. If they vote in favor of the case as well, the prefect (high-ranking official) of the Congregation gives the results to the pope.

The candidate isn’t made saint quite yet!

Once the pope declares the candidate led a virtuous and holy life, he or she is given the title, Venerable, e.g. Venerable Servant of God John Paul II or Venerable John Paul II.

Venerable means the individual led a life that is worthy of being imitated. 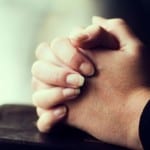 The next step in the canonization process is beatification. The required step for beatification is the pope’s approval of one miracle.

Medical experts are also part of the beatification process. They’re asked to show that there is absolutely no medical explanation for the cure. Once the cure is proven to be a miracle, the decision is forwarded to the pope.

Once beatified by the pope, the Venerable Servant of God is given the new title of Blessed, e.g. Blessed John Paul II.

The final stretch! Stay with us.

Once a second miracle has been approved, the pope declares the person a saint.

Pope Francis waived the second miracle requirement for Pope John XXIII. He felt that he deserved the honor for having organized the Second Vatican Council (a meeting that created sweeping changes throughout the church).

Why Does The Church Require Miracles For Sainthood? Many people wonder why miracles are necessary to make a person a saint. They ask, “Isn’t living a holy and devout life enough?” The church believes miracles are necessary because they confirm that the candidate is in heaven and has the power to plead on our behalf to God for a miracle. That’s pretty impressive! 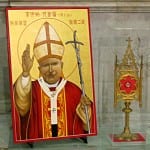 Pope John Paul’s first miracle happened in 2005, when a French nun, Sister Marie Simon-Pierre, who was dying of Parkinson’s disease, was completely cured of the disease. She and other nuns prayed to Pope John Paul II to be cured.

Pope John Paul’s second miracle took place on May 1, 2011 the day of his beatification ceremony, when Floribeth Mora Diaz, a 50-year-old Costa Rican woman was cured of a non-treatable, life-threatening brain aneurysm. 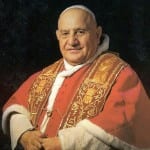 Pope John XXIII was responsible for the miraculous healing of an Italian nun, who was dying after complications of stomach surgery.

So, after reading all the steps, are you starting off on the right path to sainthood? Let us know in the comments.