The Grand Conversion Story – Our Lady of Guadalupe December 12th 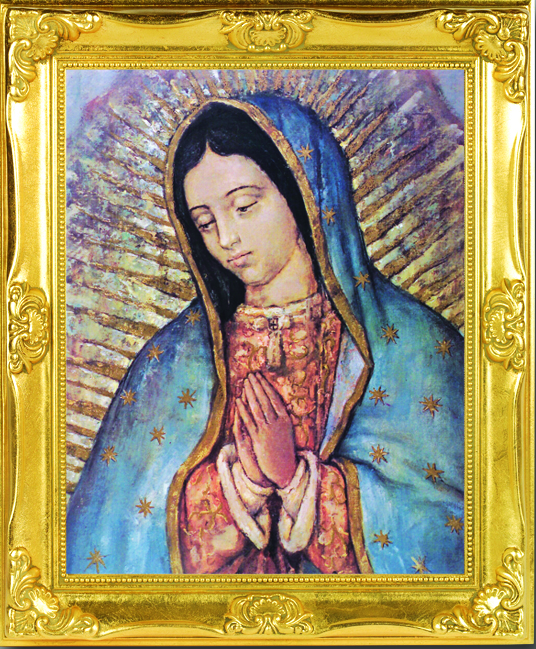 How can the story of She-Who-Transformed-a-Nation be so unknown?  The story of Our Lady of Guadalupe is far more than just an apparition to one man. It is more than just her miraculously leaving an image of herself on a cloak made of cactus fibers.  But you would think the truth is a secret.   Does anyone know this story?

Our Lady of Guadalupe appeared to Juan Diego in 1531.  During that same time period, the Reformation was taking hold in Europe and thousands of people were deserting the Catholic Church to follow new ideas.  Meanwhile in Mexico, the opposite was soon to be true!

But in year 1531, the Aztec religion still had a hold on the native peoples of Mexico.  Many felt the gods they had known needed to be placated with human sacrifices. The number of bloody sacrifices in previous generations had been astronomical.

Our Lady appeared to a humble peasant who had no power to change anything. But Mary’s image spoke volumes to Juan Diego and to all the people of Mexico. Her brown skin and deferential posture said that she came for both the Aztec and Spanish people. She unites the two. She wears a black belt meaning she is pregnant. She stands on a black moon which is the Aztec symbol for Mexico. The moon is lifted up by a winged angel which means that she is a heavenly creature.

In the pictographic language of the Aztecs, the image of Our Lady of Guadalupe communicated that the child of her womb is true royalty and He is more powerful and important than other gods of the Aztecs.

The amazing story of Our Lady of Guadalupe continues. By 1541, just 10 years after her appearance to Juan Diego, a historian of the time wrote that 9 million people in Mexico had converted to Catholicism! In a non-bloody way, the people of an entire country were converted. They left behind their old gods and discovered the truth of the Incarnation.

Our Lady of Guadalupe freed an entire people from a culture that had relied on the sacrificing of thousands of innocents each year.  I am thrilled to know the true story of the conversion of a nation! Our Lady of Guadalupe looks down in humility. But in her eyes, she carries all people. Her beauty and her presence is a powerful witness to Truth.

When the young priest first came to our Church right around Dec. 12 two years ago, he said, “We need Our Lady of Guadalupe NOW. Spread the word.”

So that’s what I’m doing. Spread the word. This is no time to keep good news a secret!