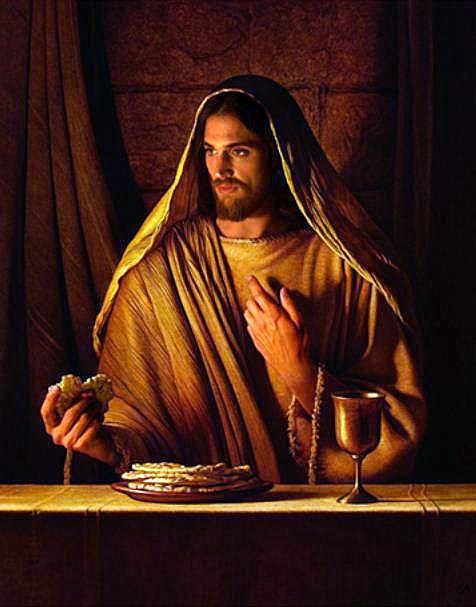 While they were eating, Jesus took bread, said the blessing, broke it, and giving it to his disciples said, “Take and eat; this is my body.” Then he took a cup, gave thanks, and gave it to them, saying, “Drink from it, all of you, for this is my blood of the covenant, which will be shed on behalf of many for the forgiveness of sins. - Matthew 26:26-28

What is the Eucharist

The Holy Eucharist represents a great miracle in our lives as Catholics. It symbolizes the transubstantiation of bread and wine into the body and blood of Jesus Christ. In the form of bread and wine, our Lord is represented, offered and received by us. The Catholic Church upholds the Eucharist and considers it one of the greatest mysteries.

The next day John saw Jesus coming toward him and said, “Behold, the Lamb of God, who takes away the sin of the world! - John 1: 29

The Holy Eucharist is a magnificent symbol of our relationship with the Almighty and the great sacrifice he made for us. Through his death on the cross and resurrection, our Lord conquered sin and reconciled us with God. The Eucharist represents this sacrifice and is thus said to be the cornerstone of Christian life. All our sacraments and ecclesiastical ministries are built on the Holy Eucharist and oriented toward it.

How was the Eucharist Instituted

For this is my blood of the covenant, which will be shed on behalf of many for the forgiveness of sins. - Matthew 26:28 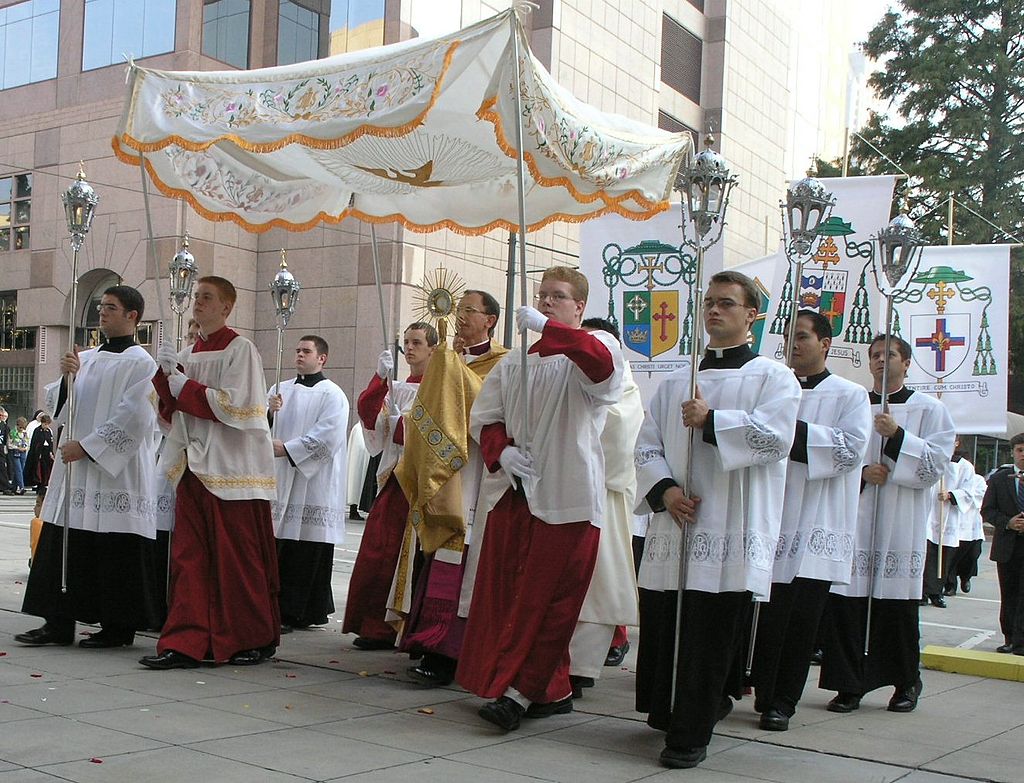 This meaningful act was performed in order to honor Christ’s sacrifice on the cross and to entrust the Church as a symbol of his death and resurrection.

Then he took the bread, said the blessing, broke it, and gave it to them, saying, “This is my body, which will be given for you; do this in memory of me.” - Luke 22:19

After the transubstantiation, Jesus Christ gave an important commission to his apostles: “Do this in remembrance of me.” This symbolic act shows how Christ gave his priests the power to also change bread and wine. They do this by repeating Christ’s words: “This is My Body… This is My Blood” at the Consecration of the Mass.

The Elements of the Eucharist

The bread and wine are central to the Eucharistic celebration. Through the words of our Lord and the invocation of the Holy Spirit, these two elements become Christ’s body and blood.

In the Old Covenant, bread and wine were offered as a sign of grateful acknowledgment to the Creator.

"the Eucharistic bread ... be made in such a way that the priest at Mass with a congregation is able in practice to break it into parts for distribution to at least some of the faithful. ... The action of the fraction or breaking of bread, which gave its name to the Eucharist in apostolic times, will bring out more clearly the force and importance of the sign of unity of all in the one bread, and of the sign of charity by the fact that the one bread is distributed among the brothers and sisters". - The General Instruction of the Roman Missal 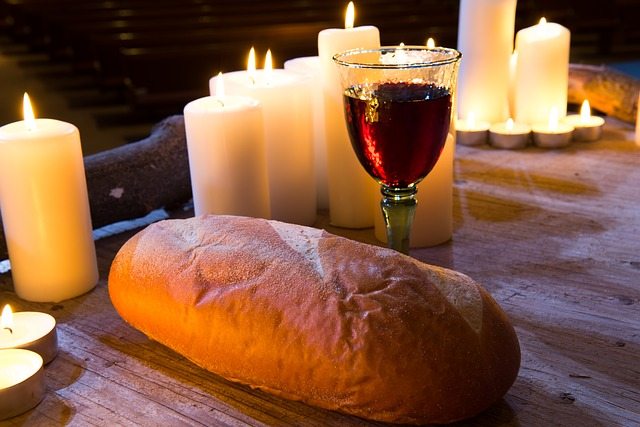 The Sacramental Bread is sometimes referred to as the Lamb, Communion Bread or the host. The word “host” is taken from the Latin term, “hostia” which means sacrifice.

The bread consecrated in the Eucharist is highly venerated in the Catholic Church. This is demonstrated by Catholics genuflecting to the tabernacle that holds the Sacramental Bread when they enter the church.

For many Catholic Churches the host comes in the form of a thin, round-shaped unleavened wafer. It is often made by nuns as a way to support their religious communities.

The most holy Sacrifice of the Eucharist must be celebrated in bread, and in wine to which a small quantity of water is to be added … The wine must be natural, made from grapes of the vine, and not corrupt. - The Code of Canon Law of the Catholic Church 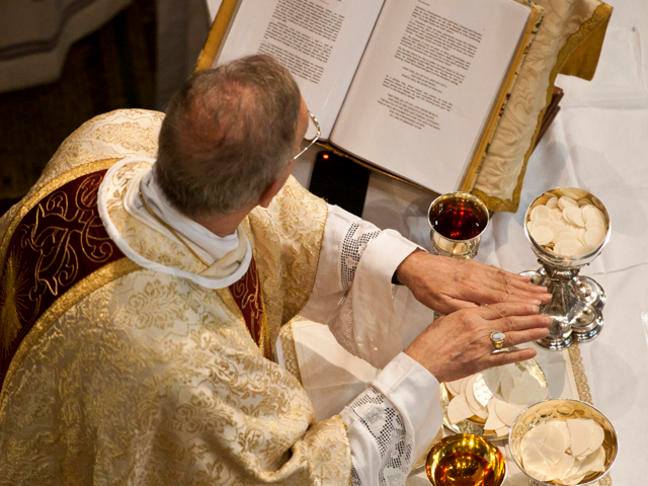 The Catholic Church has a set of criteria for the Sacramental Wine used during Communion. Sacramental Wine, sometimes referred to as altar wine, is required to be naturally fermented with no additives like preservatives and flavors.

Generally, the wine should also be pure grape wine and alcoholic. However, some exceptions can be made to this. For instance, if a priest is struggling with alcoholism, it may be necessary to use wine called mustum that is only slightly fermented.

Wineries around the world have existed to produce sacramental wines. These wineries are usually small and operated by priests, religious brothers or dedicated laity.

​Jesus said to them, “Amen, amen, I say to you, unless you eat the flesh of the Son of Man and drink his blood, you do not have life within you. Whoever eats my flesh and drinks my blood has eternal life, and I will raise him on the last day. - John 6:53-54

Because of the importance of the Eucharist, the Catholic Church encourages us to receive Communion frequently and even daily if possible. We are also required to receive the Eucharist during Easter. 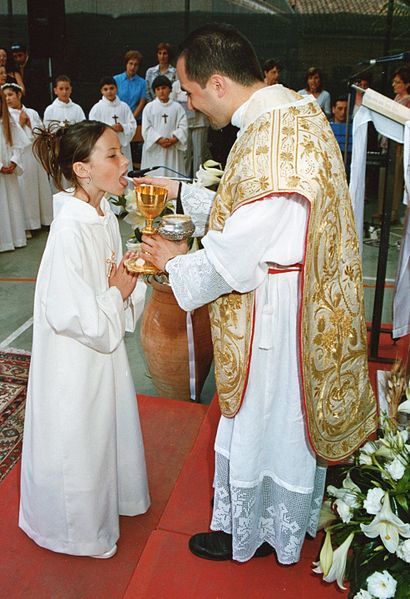 Therefore whoever eats the bread or drinks the cup of the Lord unworthily will have to answer for the body and blood of the Lord. Everyone ought to examine themselves before they eat of the bread and drink from the cup. - 1 Corinthians 11:27-28

The Catholic Church has specific guidelines for how we must prepare ourselves before receiving Communion. These are:

The Holy Eucharist is a beautiful and very fundamental part of our faith as Catholics. Apart from its historical and religious significance, this sacrament must have personal meaning in our lives. What is the Holy Eucharist to you? How has it helped you grow in your walk of faith?

What is the Bread of Life?

The Story of St. Elizabeth of Hungary