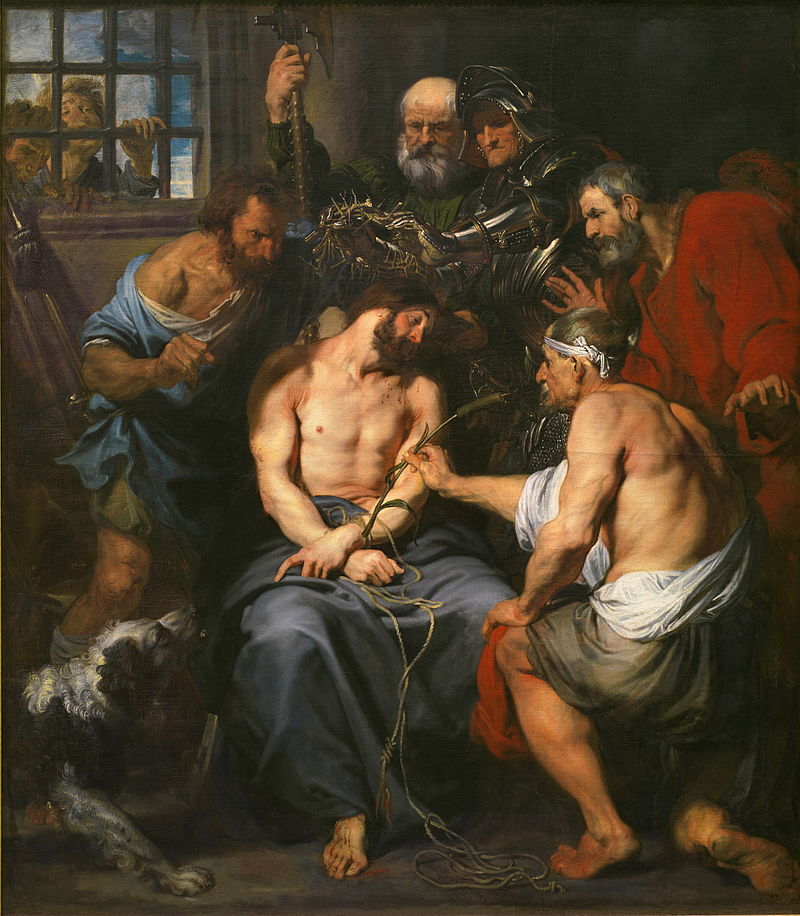 "And twisting together a crown of thorns, they put it on his head and put a reed in his right hand. And kneeling before him, they mocked him, saying, 'Hail, King of the Jews!” (Matthew 27:29).

In addition to the cross, one of the central images of Jesus’ suffering is the Crown of Thorns that He wore during His crucifixion.

The act of placing the crown on Jesus’ head by Roman soldiers was meant to humiliate Him and to mock Him for being the Son of God and “King of the Jews”. They took a symbol of royalty and respect, a crown, and turned it into something painful and demeaning. 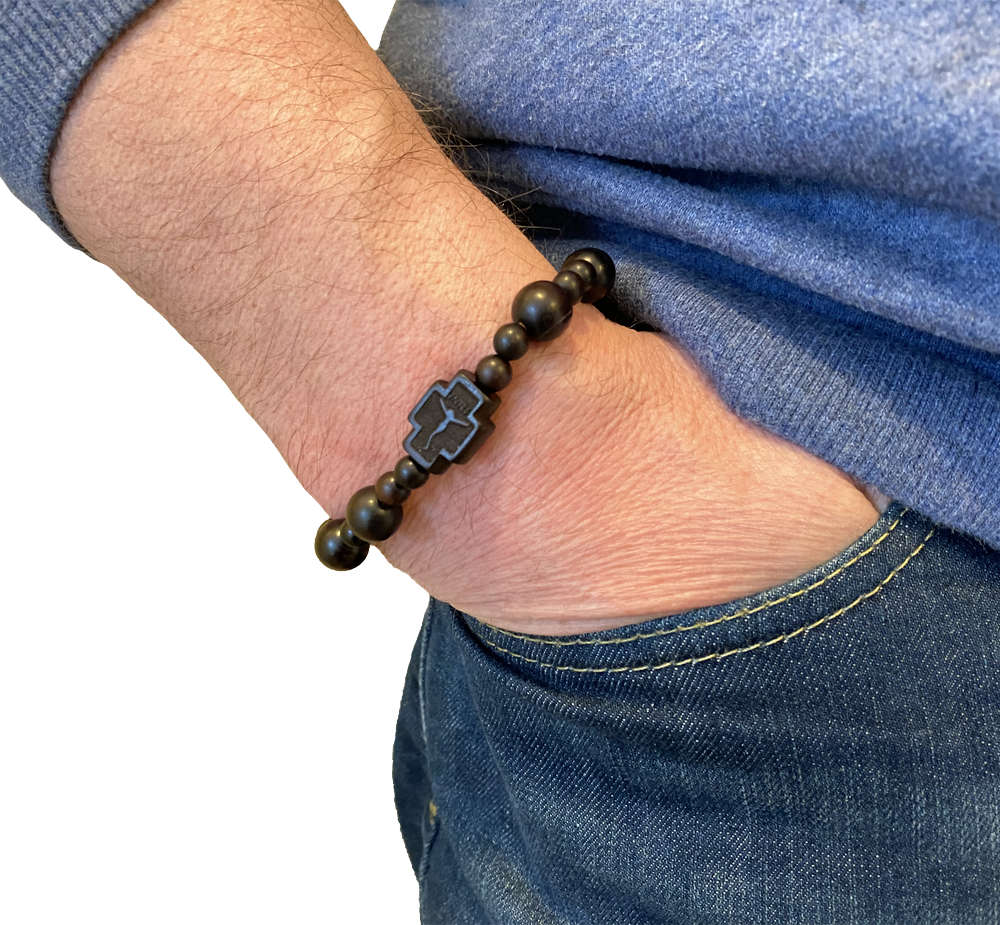 Throughout Scripture, thorns symbolize sin as well as the consequence of sin. The association of sin and thorns was introduced right at the beginning of the Bible in the book of Genesis. When God originally created the Garden of Eden, it was a perfect place where plants produced their fruit easily and there were no thorns or weeds. The garden was a place of peace and harmony, one to be enjoyed by Adam and Eve, provided they followed His one command: to not eat the fruit from the Tree of Knowledge of Good and Evil; If they did, they would die. Tempted by the devil, Adam and Eve disobeyed God’s command and did exactly what they were instructed not to do. As a result, God cursed the land:

“So I will put a curse on the ground…The ground will produce thorns and weeds for you, and you will eat the plants of the field” (Genesis 3:17-18).

By choosing to disobey God’s command, some of the fuller consequences and effects of their sin were witnessed over time. According to the Catechism of the Catholic Church, “The harmony in which they (Adam and Eve) had found themselves, thanks to original justice, is now destroyed…the consequence explicitly foretold for this disobedience will come true: man will "return to the ground," for out of it he was taken. Death makes its entrance into human history.” After that first sin, the world was virtually inundated by sin and death, starting with Cain killing his brother, Abel.

But God is merciful, and as John 3:17 says, “For God so loved the world that He gave His one and only Son, that everyone who believes in Him shall not perish but have eternal life.” 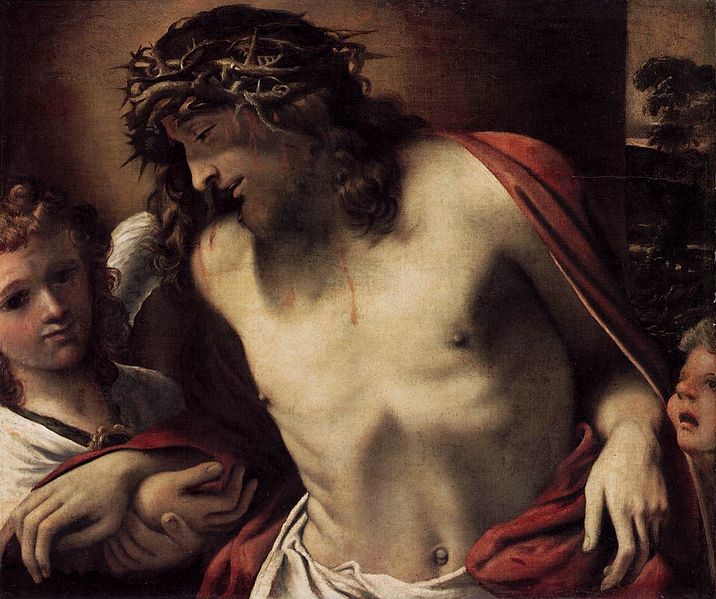 It is no coincidence that Jesus, on his way to his crucifixion, wore the very thorns (sins) created by human original sin. What better symbol than a Crown of Thorns to represent what Jesus was about to accomplish? Christ, in His selfless sacrifice, was willing to undergo every human suffering, right up to the final agony of death to accomplish victory over sin and death — not for Him (He did not need saving) but for us!

The jujube tree has edible fruits and a number of beneficial uses; For centuries, the heavy, durable wood has been used for construction and furniture making, while the branches and trunk are used as firewood and high-quality charcoal. Fruits, leaves, roots and bark have also been used in folk medicine.

This multi-use Jujube tree has another impressive quality — it is remarkably resilient. Israeli scientists note that the Ziziphus spina-christi tree’s hardiness makes it able to withstand rising temperatures and dryness. It can draw water from deep underground, and it retains the ability to photosynthesize (the process by which green plants and certain other organisms transform light energy into chemical energy) even when exposed to high temperatures and solar radiation. According to researchers, it is one of the very few species that can be planted on the barren slopes around Jerusalem that have nothing on them – and thrive. Even in the worst conditions, the tree’s strength and hardiness provides sustenance to bees and insects and can help support life in areas threatened by dryness and oppressive heat. 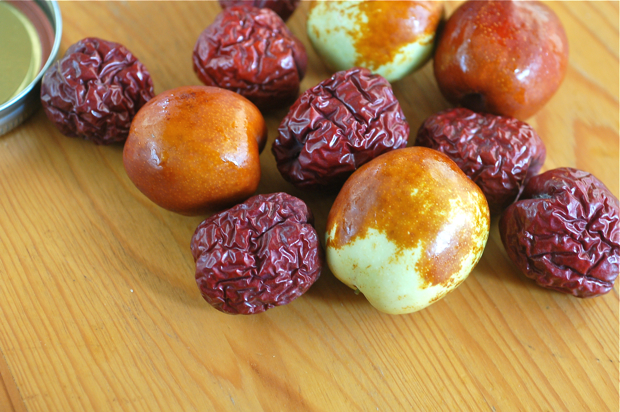 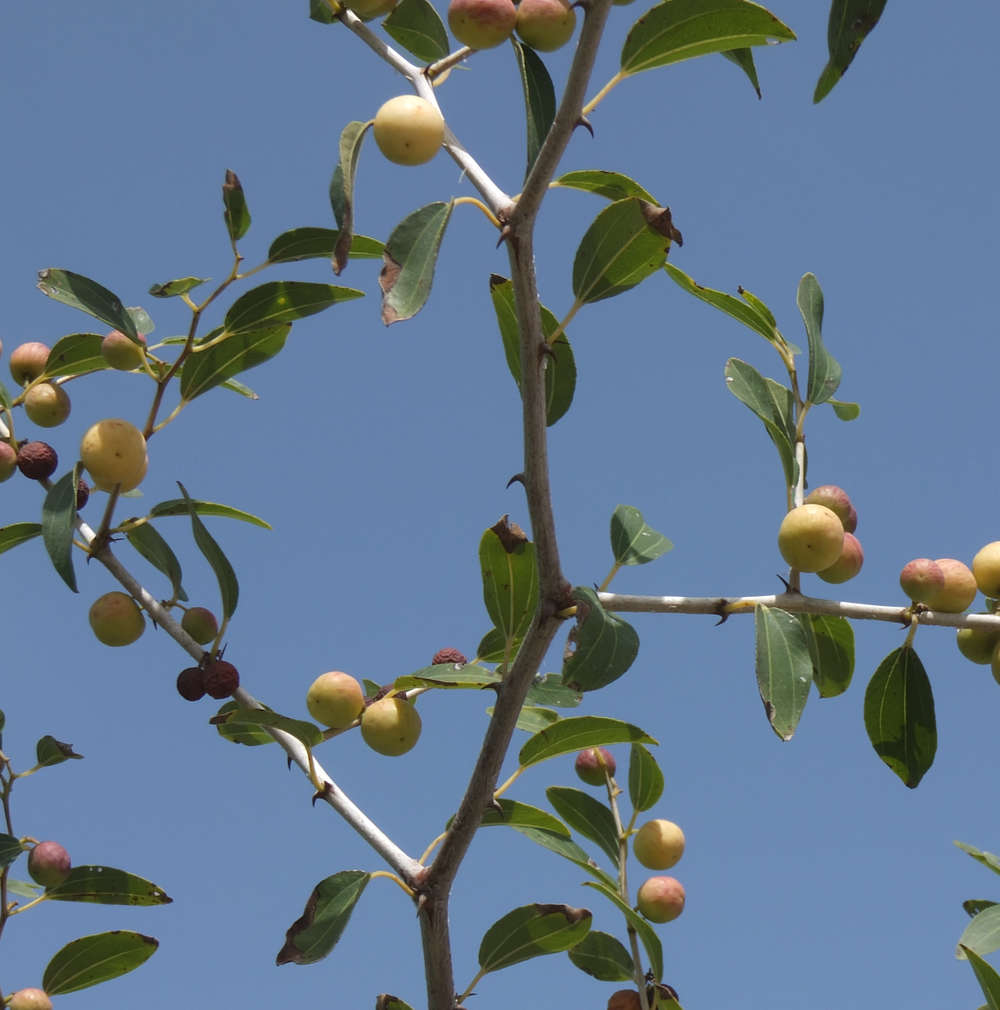 Isn’t it interesting that the properties and characteristics of this tree bear a striking similarity to the message of Christ and the hope of the Catholic faith? Even in the worst conditions, Jesus’ strength and love provides sustenance to us and can help support areas of our life threatened by pain, suffering and uncertainty.

Jesus fought and won the battle against sin and death for us, literally shedding, blood, sweat and tears in the process. He paved the way for us, and although we, too, will face many thorns in this life, if we remain steadfast in our faith and hope in Jesus, we will one day enjoy a perfect place where there are no thorns or weeds.

Where is the Original Crown of Thorns? 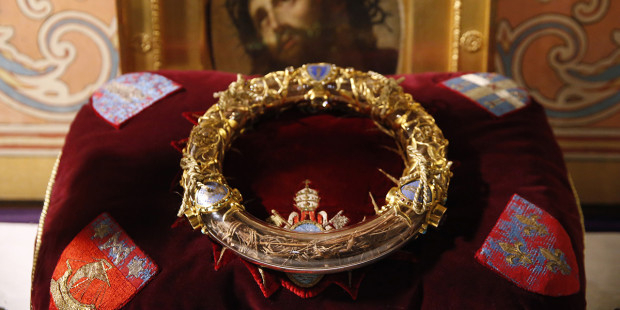 The images and videos of the ​2019 Notre Dame Cathedral fire​ was a devastating sight to see. In addition to destroying the more than 800-year-old building, the fire threatened to destroy the irreplaceable collection of artifacts and cultural items inside — including the Crown of Thorns. Fortunately, this precious relic was saved by quick-thinking and fast-acting heroes, led by Father Jean-Marc Fournier, chaplain of the Paris Fire Department. The crown was obtained and brought to Paris in the 13th century by King Louis IX, who was later canonized as Saint Louis.

Whenever you are mocked or ridiculed (whether for your faith or for any number of reasons), are tired, weary or keep falling from the weight of your personal crosses, let your bracelet or rosary crafted from this special Jujube wood remind you of the message of Jesus’ Crown of Thorns. 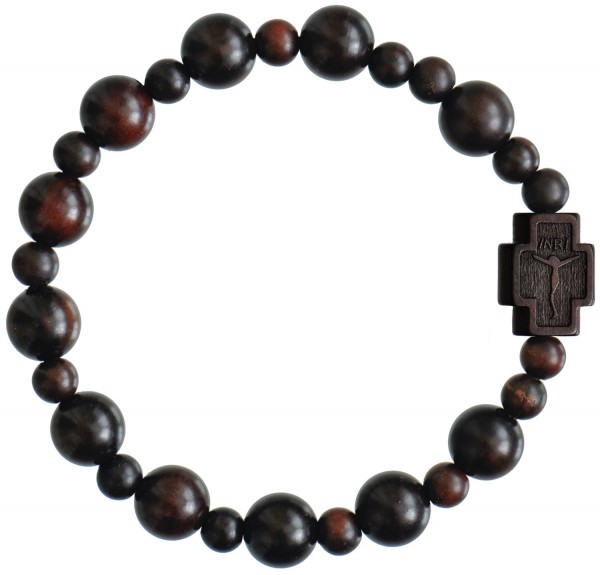 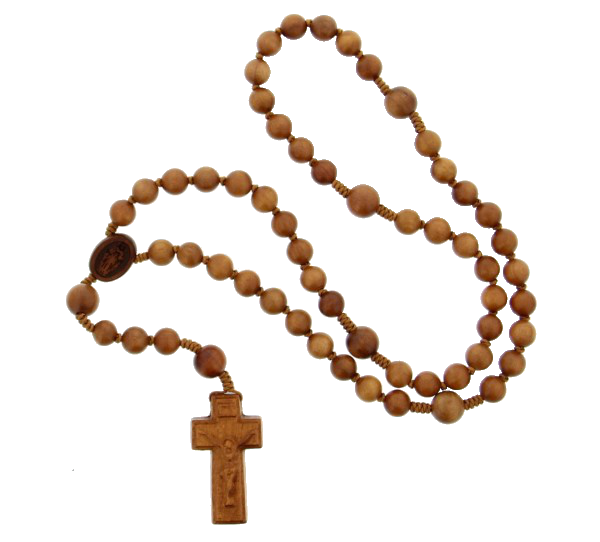 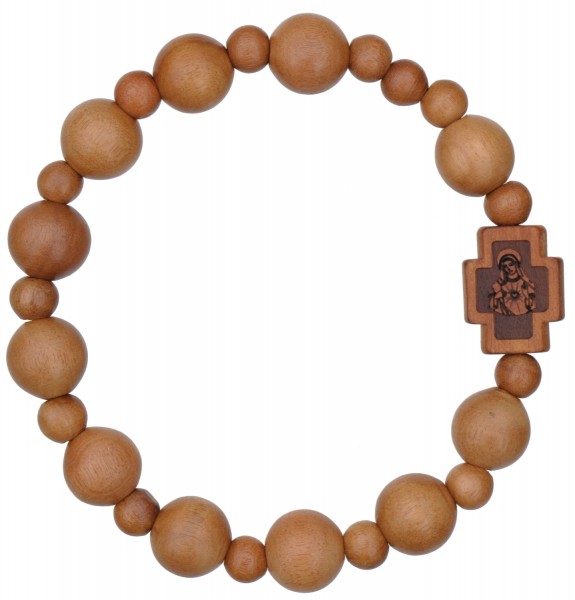 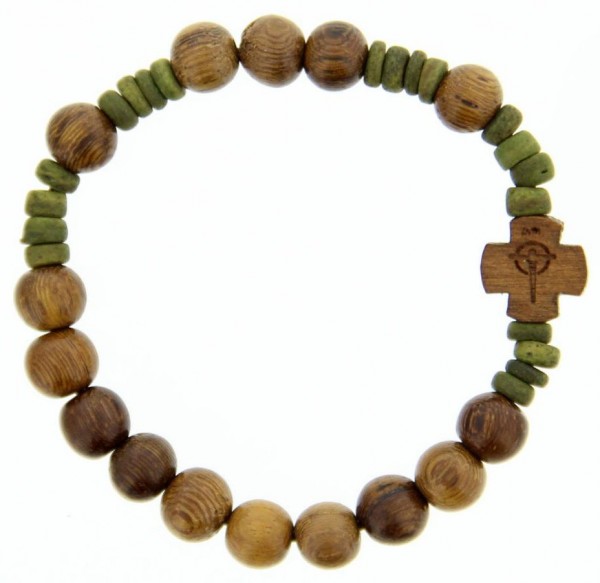 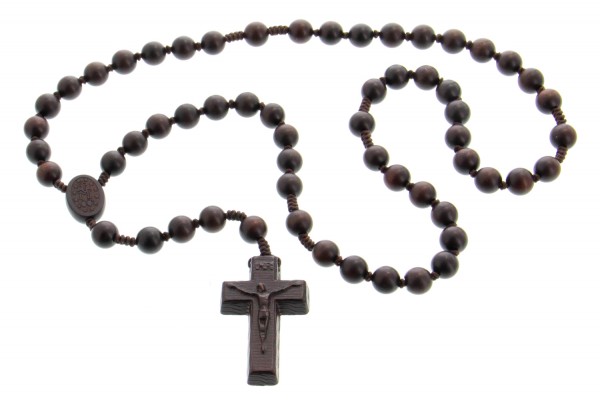 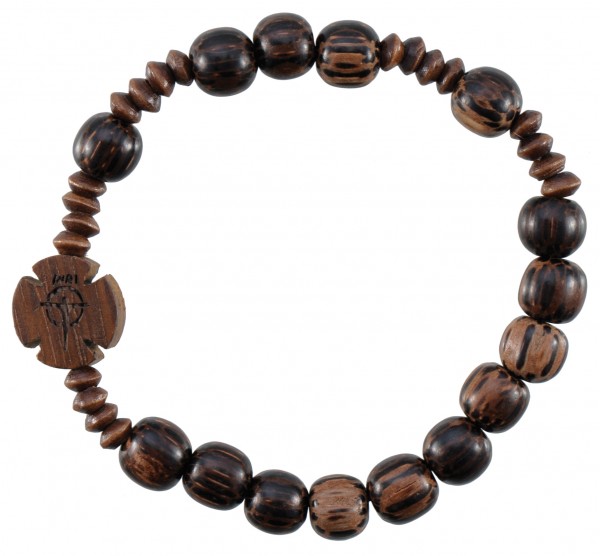